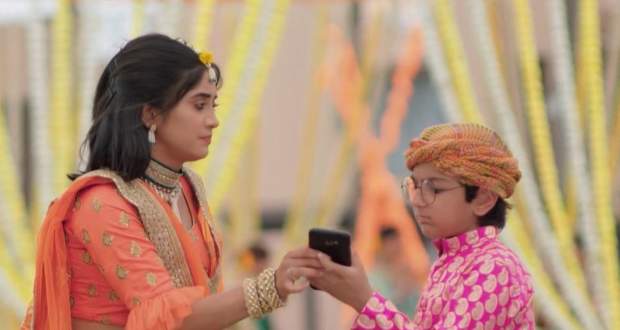 Today's Yeh Rishta Kya Kehlata Hai (YRKKH) 20 May 2021 episode starts with Sirat performing rituals for the pooja with the Goenka's.

At the same time, Kartik gains back his consciousness and he tries to help Ranvir to get out of the car.

On the other hand, diesel was leaking out of the completely damaged car and was about to catch fire blasting everything off.

Fortunately, Kartik and Ranvir manage to escape out of the car before the car blasts off.

Further, Sirat gets shocked to see injured Ranvir and Kartik and she asks for an explanation about the accident.

At the same time, Ranvir asks Sirat for marrying her before her match as he says he doesn't want to wait anymore.

Sirat gets emotional as she too thinks Ranvir is right and accepts his marriage proposal before her match.

Ranvir and Sirat tell the Goenka's that they are getting married tomorrow itself everyone gets happy to listen this news except Kalavati.

© Copyright tellybest.com, 2020, 2021. All Rights Reserved. Unauthorized use and/or duplication of any material from tellybest.com without written permission is strictly prohibited.
Cached Saved on: Monday 17th of January 2022 09:20:11 AM