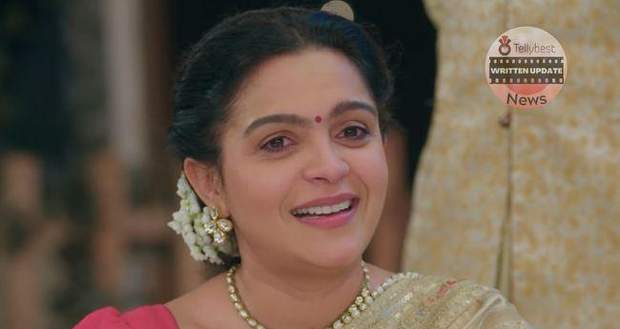 Abhimanyu is equally depressed and stands worriedly at the portico.

Seeing each other brings back a lot of memories of the past and present.

Akshara and Abhimanyu are desperate to hug each other and keep their differences aside but their pride stops them.

Meanwhile, Aarohi calls Neil and asks him to come to her as soon as possible.

In the meantime, Akshara and Abhimanyu find themselves seated at the park and share being ignored by Manish and Manjari and regret lying to them.

Abhimanyu also expresses his concern about Aarohi and Neil’s relationship and the effect it will have on their families.

Akshara also looks worried and tells Abhimanyu that they will have to talk to Neil and Aarohi.

She is angry with Aarohi for letting out her secret but not confessing her own.

Akshara is thinking about protecting their families from this shock who are already suffering because of them.

Later, Abhimanyu comes to Neil asking about Aarohi and warns him about her who is not worth trusting.

However, Neil defends Aarohi and tells him that Aarohi has changed in the past year and has been constant support when he was lonely.

Abhimanyu tries to remind him that Aarohi is not worth trusting and Neil was the first to realise it.

Meanwhile, Akshara comes looking for Aarohi and finds her laptop open looks into it and is shocked to see her chatting with Mahima and passing their family secrets to her.

Meanwhile, Neil asks Abhimanyu to support him in his decision and allow him to choose his life partner for himself.

Akshara decides to talk to Aarohi and finds her admitting about Neil to Swarna.

Aarohi is emotionally blackmailing Swarna playing the victim and coming second to Akshara and asking her to support her in her decision.

Afterwards, Akshara confronts her for using Neil as a ladder to reach her ambition and shames her for going against her family to get into the Mahima’s good book.

However, Aarohi tells Akshara that she is practical and does not want to employ emotions in her life decisions.

Akshara tells Aarohi to come clean with Neil about using him to get to her ambitions.

Aarohi accuses Akshara of being jealous of her and tells her that she will marry Neil by hook and crook.

Taking the challenge, Akshara also tells Aarohi that as long as she is alive she will never let her marry Neil.

Later, Akshara wonders about interfering in their relationship but decides to save Neil from Aarohi’s opportunistic mind.

Meanwhile, Abhimanyu is worried about Neil and how he is adamant about marrying Aarohi.

Later, Manjari finds Abhimanyu sleeping outside her door and feels sad about his condition.

© Copyright tellybest.com, 2022, 2023. All Rights Reserved. Unauthorized use and/or duplication of any material from tellybest.com without written permission is strictly prohibited.
Cached Saved on: Monday 21st of November 2022 07:02:04 AMCached Disp on: Tuesday 29th of November 2022 10:29:26 AM