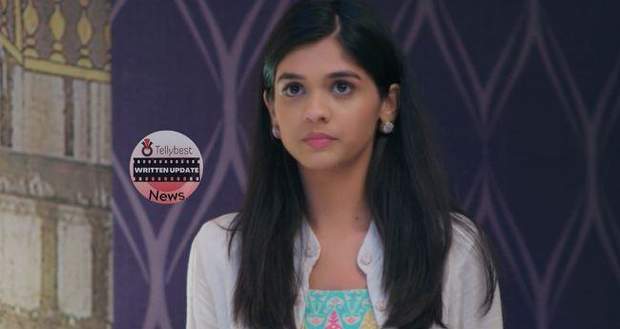 Today's Yeh Rishta Kya Kehlata Hai (YRKKH) 20th September 2022 episode starts with Manjari asking everyone to prepare gifts that need to be donated while Mahima reminds Abhimanyu about his promise.

On the other hand, Akshara calls the detective and asks him to come to the event to give her evidence.

Meanwhile, Goenkas are showering their love on Kairav while Kairav tells them that he was starved for this love and that only Akshara was there to help him.

At the same time, Vansh tells Aarohi that he knows her secret while she requests him to not tell anyone.

With only three hours to spare, Akshara and Abhimanyu both are preparing to get to the end of the day.

Meanwhile, Dr Kunal finds out about Akshara going out at night and decides to investigate more so that he can keep her with Maaya for a long time.

As the investigator informs Akshara of reaching a nearby location, Akshara becomes happy that Kairav will soon be out of danger.

In the meantime, Manjari counsels Abhimanyu about his meeting with Akshara and that it will be a new beginning for him.

Meanwhile, Maaya wishes Akshara good luck and tells her to take care of everything while Dr Kunal comes to wish Maaya and Akshara both good luck.

After a while, Mahima sends a delivery boy to Goenka's house to record the video of people inside and is happy to see Kairav sitting there.

In the meantime, Abhimanyu and Akshara perform an imaginary Tandav to please Lord Shiva.

Later, Akshara tries to come in contact with the detective but his phone is out of reach.

Meanwhile, Abhimanyu and Manjari are waiting for the hour to get over.

In the meantime, Maaya takes Akshara’s phone and tells her to hurry as her name is being called out to the audience.

At the same time, Mahima comes to Abhimanyu while Manjari asks her why she looks different.

Meanwhile, Akshara tricks Maaya and takes her phone back and picking up the wrong mike in a hurry.

Elsewhere, Mahima tells Abhimanyu that her daughter’s murderer is residing in the Goenka house which shocks Abhimanyu.

In the meantime, Akshara finds out that Dr Kunal has snatched the evidence from her detective.

Later, Mahima creates a panic in the house by calling Akshara shrewd and selfish who is playing with their emotions to hide Kairav again from them.

She also tells Abhimanyu to not trust Akshara again for she is only back to fool them and leave.

Abhimanyu listens to Mahima’s diatribe but tells her that only forty minutes are left and they should give Akshara a chance to tell the truth.