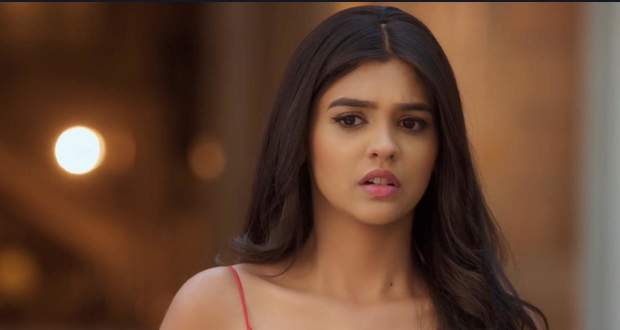 But he signs the FIR papers against Abhimanyu and leaves from there.

Akshara and all the family members wait for Manish and the decision which he had taken in the police station.

Akshara worries that Manish would punish Abhimanyu for loving her.

After returning home as Manish goes towards his room, Akshara stops him and asks why he was doing so.

Akshara explains to Manish that Abhimanyu has done nothing, as she was present with him and she knows that nothing wrong has happened.

But Manish is not ready to listen to anything.

Meanwhile, Harsh at the police station says that Akshara might be chilling at her place, but Abhimanyu is sure that she is the only one who must be fighting with Manish.

Manjiri arrives at Akshara’s place and convinces Manish to take his decision back.

She even reveals that she was also present with Abhi and Akshara on their Valentine's date.

Manjiri even adds that Anisha had tried to suicide because of Kairav, but they haven't filed any complaint about him.

As Akshara was fighting for Abhimanyu, Manish sees Naira's shadow in Akshara.

Then, Akshara and Manjiri leave for the police station, so that they can save Abhimanyu.

After reaching there, they ask the inspector to arrest them too, as they were also the victims.

Seeing all this situation, Manish asks Akhilesh to withdraw the complaint, as he doesn't want his daughter to be in any problem like this.