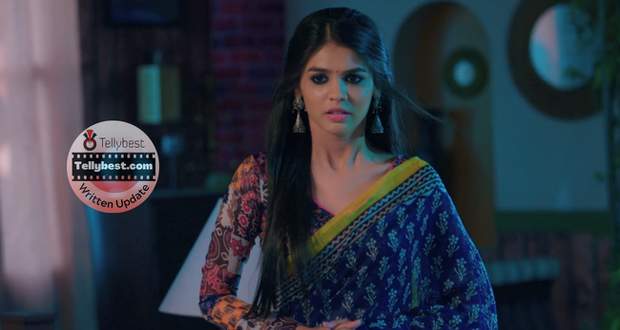 Today's Yeh Rishta Kya Kehlata Hai (YRKKH) 21st January 2023 episode starts with Abhimanyu sitting at the bench when he overhears a bunch of men talking about being bored and offers to entertain them.

Abhimanyu tells them that in the English alphabets his favourite letters are U, V, W, Y and Z.

The people ask them where is X and he tells them that his EX has gone and married someone else.

Later, he tells asks them where the girls get the coaching to move on in their life so easily while boys keep wandering from Dil (heart) to denial and then to Dard (pain).

The men laugh at Abhimanyu’s jokes and read the pain that he is turning into a comedy.

Meanwhile, Akshara is trying to hide her pain and anger in jam-making and tells herself that she does not want her past to come back.

In the meantime, Abhimanyu cracks another joke telling the men about mathematicians always asking for the value of EX and tells them to try and write a maths book without X.

Later, both Akshara and Abhimanyu sleep outside in the cold wet night shivering in cold but not feeling it.

The next morning, Abhimanyu wakes up with a start feeling cold and stupid for sleeping outside and leaving his phone in his room.

Meanwhile, Akshara’s jam has turned to crease and she is trying to scrub it off the vessel.

Just then Abhinav comes there surprised to see it burnt.

Akshara tells him about forgetting to turn off the gas while Abhinav asks her why was she making the jam so late at night.

Akshara fibs about some urgent orders while Abhinav tells her to not worry and that she can use the ones that she had prepared for the farmer's market.

Later, Akshara tells herself that she will have to control her feelings and forget about Abhimanyu.

Abhimanyu is also promising himself to get out of Akshara’s life as soon as possible so that he does not affect her presence.

In the meantime, Abhinav is trying to fix a clock which has stopped when Neelam Amma tells him that they should not put a non-working clock in the house else it brings back the past.

Akshara gets afraid and tells them that the past cannot come back while Abhinav looks at her in surprise and tells her to not pay attention to superstitions.

Akshara tells Abhinav to try to keep his work and house life separate and not to bring his passenger back to the house as they are enough for each other.

Abhinav takes a different meaning to Akshara’s words and thinks that Akshara might be developing feelings for him too.

Meanwhile, Akshara is trying to fight her memories of the past and focus her attention on Abhinav and what he has done for her and Abheer.

She writes a note praising Abhinav for being the best father and puts it in his tiffin while Abhinav watches from afar and his misunderstanding grows.

Abhimanyu is forced to stay

Meanwhile, Ruhi is angry at Abhimanyu for not picking up her phone.

Abhimanyu calls Ruhi and performs the situps to apologise and tells Ruhi that he is coming back tomorrow.

However, Mahima gets angry at Abhimanyu’s decision and tells him that he cannot come back without attending the conference as it is important for Birla hospital.

Abhimanyu realises the importance of his trip and books a taxi to leave immediately for Shimla.

As Abhimanyu is leaving Abhinav comes there and tells him that he is sitting in the wrong car it is his responsibility to take him to his destination.

However, Abhimanyu tells him that his destination has changed and he will have to change the company to reach there.

However, Abhinav feels that something is off and asks him if something he has said and done offended him or if is he angry at him for something.

Abhimanyu tells him that it is not his fault nor has he done anything wrong.

Later, Abhimanyu loses his temper and rudely talks to Abhinav telling him that he has not come here to settle and will now leave.

Abhinav is stunned at Abhimanyu’s rudeness while Abhimanyu also feels bad as he leaves in another taxi.

Later, Akshara comes to the watch shop to get the clock repaired thinking that she will not let the past come back into her present.

The store manager guides her to the inside workshop.

After a while, Abhimanyu also comes there to buy a watch for Ruhi while the store manager tells him that he has come at a very good time exactly at 11:11 as all the clocks in the shop begin to chime which is auspicious for all lovers.

However, Abhimanyu tells him that he is not interested and is about to leave when Akshara comes out of the shop.

© Copyright tellybest.com, 2022, 2023. All Rights Reserved. Unauthorized use and/or duplication of any material from tellybest.com without written permission is strictly prohibited.
Cached Saved on: Wednesday 25th of January 2023 08:49:33 AMCached Disp on: Monday 6th of February 2023 05:35:49 AM