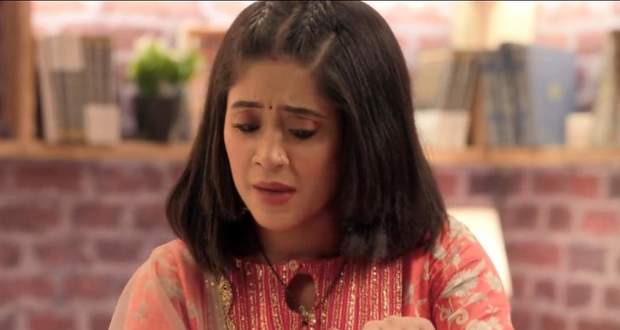 Today's Yeh Rishta Kya Kehlata Hai (YRKKH) 21 June 2021 episode starts with Sirat taking her and Ranvir's frame from the servant and cleaning it.

Kartik comes there and tries to cheer her up while she starts crying.

Ranvir tried to calm her while she tells him that she runs to Maudi and hugs her.

The boys leave while Maudi calms her and tells her to calm her emotions and get her thoughts clear.

Meanwhile, Kartik consoles Ranvir and tells him that Maudi will calm Sirat down.

The next morning, Sirat practices for her match while Ranvir informs her that he will have to leave for an important meeting and apologises to her.

He leaves while Kartik sends her a video that she wanted and gets mixed feelings realising that he remembers little details about her.

Later, Manish tells Suwarna that he needs to get Sirat's signatures on some documents and she calls Sirat to drop by to sign the papers.

Manish gets upset and tells her to come if she would like or don't and disconnect the call.

Sirat gets a message that her match is delayed and she reaches the Goenka house while remembering the first time she came there.