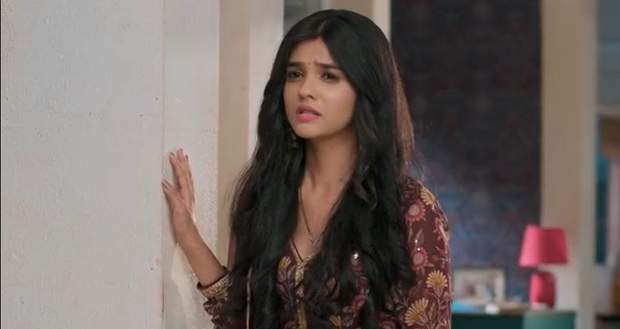 Just then Abhimanyu comes rushing inside and apologises to Akshara.

Akshara and Abhimanyu dance together. However, Akshara realises that it was her dream.

After a while, Manjari and the rest of the Birlas come to the Goenka's house to join the celebration.

Akshara is disheartened to find Abhimanyu absent and cries for him in a corner.

Kairav messages Abhimanyu to find time to come to the celebration.

Abhimanyu is still angry with Akshara and decides not to go.

Later, Swarna observes Manjari’s worried stance and expresses her dilemma to comfort her.

Manish goes to Manjari and assures her that she has the support of his family with her and she does not need to be conscious around them.

On the other hand, Aarohi invites Neil to share his feelings and problems with her telling him that she perfectly understands her pain.

As Neil expresses his wish to get close to Harshvardhan, Aarohi encourages him and tells him to do what he wants and not worry about others.

At the hospital, Abhimanyu is reliving his fight with Akshara and how she compared him to Harshvardhan before going to Goenka's house.

Afterwards, celebrations begin and everyone dances to the tune and one by one enjoy the swing.

As Akshara comes to sit with Aarohi, Aarohi asks her about Abhimanyu saying she should swing with her husband.

However, Neil interrupts them and tells Aarohi that Akshara will swing with Abhimanyu also when he will arrive and can swing with Aarohi as well.

Later, Akshara is alone on the swing when Abhimanyu makes a dramatic entry and makes everyone happy.

Akshara apologises to Abhimanyu and rushes to hug him.

However, it proves to be Abhimanyu’s wishful thinking as Akshara is still on the swing looking at him with surprise.

Abhimanyu dances to the tune and goes to sit beside Akshara.

Akshara tells Abhimanyu to keep up the pretence and not say anything to anyone whereas Abhimanyu tells her that he cannot tolerate all these lies for long and stands up.

On being asked he tells Manish to ask Akshara what the problem is.

Akshara looks worried while the rest of the family looks curiously at both of them.