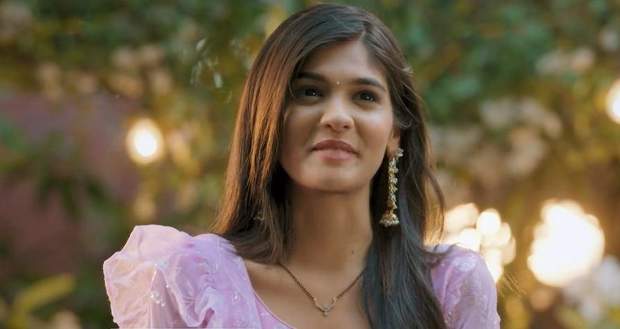 Today's Yeh Rishta Kya Kehlata Hai (YRKKH) 21st May 2022 episode starts with Rudra asking for Aarohi and telling him about inviting her to his farmhouse.

Abhimanyu understands Rudra's intentions and warns him to not cross the line with any women in the hospital, especially Aarohi.

Meanwhile, Manjari and Abhimanyu are talking on the phone and Manjari praises Akshara to Abhimanyu saying that her presence has removed her loneliness.

In the meantime, Harshvardhan is disappointed in Abhimanyu for marrying Akshara and does not appreciate talking about his anniversary.

On the other hand, Akshara is unknowingly hurting Manjari with her anniversary talks while Manjari pretends to be happy and even agrees to wear her wedding saree for her sake.

In her excitement, Akshara surprises Abhimanyu with her efforts for Manjari and Harshvardhan and sends her pic to him telling him to come soon.

Abhimanyu sees Akshara looking gorgeous and happily begins his journey home thinking of the surprise that he has prepared for Akshara.

Manjari feels awkward and scared thinking of the reaction that Harshvardhan will give at any moment.

A marquee of Manjari's wedding pictures is being displayed on the screen when Abhimanyu comes in and stops at the door.

Crushing the rose in his hands he tries to control his anger. Akshara has unknowingly touched Abhimanyu's raw nerve.

Kairav observes Birla's mood and wonders if they are unhappy with the surprise.

However, Manish tells him it is an absurd notion that they do not like such a wonderful surprise.

Akshara becomes happy to see Abhimanyu while he looks at Akshara with grave silence while the rest of the Birlas stands in abject silence observing the happening at the house.