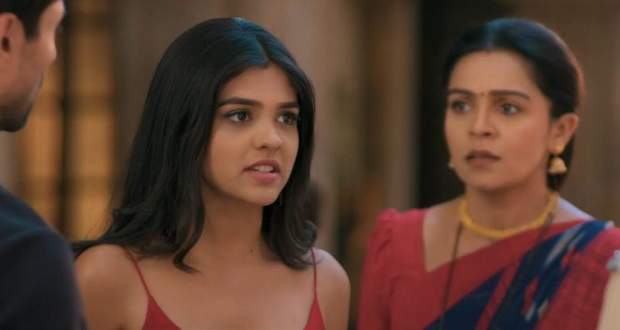 Today's Yeh Rishta Kya Kehlata Hai (YRKKH) 22nd February 2022 episode starts with Abhimanyu getting released by the police as Akhilesh withdraws the complaint against him.

Abhimanyu thanks Manjari and Akshara and emphasizes the fact of how they both supported him in the time of his need.

Meanwhile, Manish apologizes to Naira and Kartik for failing in protecting Akshara and Kairav from the dangers of life and suddenly collapses on the floor grunting in pain.

Arohi sees Manish and rushes to him in hurry, she calls Akshara from Manish’s phone to inform her about his condition.

On getting Arohi’s call, Akshara shudders with anxiety and rushes to the house with Abhimanyu who tells her he was afraid this would happen.

As Abhimanyu and Akshara come rushing towards Goenka’s residence, Arohi checks Manish and declares that is a heart attack.

Vansh and Kairav carry Manish into the car and they quickly leave for the Birla Hospital.

At the same time, Harshvardhan and Anand get notified about Manish’s heart attack and get worried as all the surgeons including Anand are busy at the moment.

On Akshara asking Abhimanyu what he was fearing, Abhimanyu tells her that it is most probably a heart attack.

Akshara barely controls herself with the help of Abhimanyu and both rush to the Birla hospital after talking with Vansh.

At the hospital, Harshvardhan asks the staff to admit Manish to the OT while he arranges for a doctor.

He tells Akshara how they are suffering as Abhimanyu has left the hospital due to her.

After Akshara comes out of the OT leaving Manish inside, Abhimanyu appears as a consultant surgeon and assures everyone to save Manish.

Manish reminisces his memories with Naira, Sirat, Kartik, and his grandchildren as he slowly loses his consciousness.

Abhimanyu carries on with the operation while talking to Manish about not giving up.

Meanwhile, Akshara asks Kairav if Manish’s current condition is because of them.