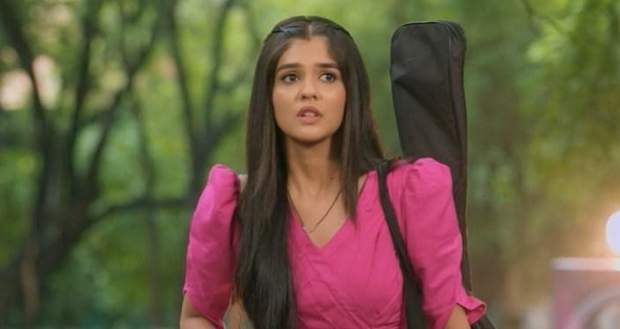 Today's Yeh Rishta Kya Kehlata Hai (YRKKH) 22nd July 2022 episode starts with people discussing the accident when Akshara's auto passes by and would have gone ahead if the auto hadn’t malfunctioned.

Akshara overhears someone saying about the victim being the doctor of the Birla hospital and rushes to the crowd.

Akshara is shocked to see Abhimanyu unconscious while Aarohi works on him to bring him back to consciousness.

Afterwards, Aarohi asks Akshara to stay beside Abhimanyu while she goes to get her car.

Akshara cries her heart out and apologises to Abhimanyu for being the cause of his misery.

Later, Aarohi tells everyone that Abhimanyu’s hands were shaking when he was driving a car and that's why he met with an accident.

Shefali tells everyone that Aarohi has risked her life to save Abhimanyu and a delay of five seconds would have killed them both.

Later, Anand informs everyone about Abhimanyu’s nerve damage which shocks Manjari, Goenka and others.

They all rush to Abhimanyu’s side while he lay unconscious.

Harshvardhan comforts Manjari and assures her that their son will soon be fine.

Just then Abhimanyu comes back to consciousness while Akshara apologises profusely to Abhimanyu for being the cause of this accident and his hand injury.

Later, Manjari thanks Aarohi for saving Abhimanyu’s life while Aarohi tells them that her issues with Abhimanyu are separate but it cannot be more important than saving his life.

Meanwhile, Abhimanyu tells Akshara to not blame herself for his condition and tells her that whatever has happened to him is because of him only.

Akshara tells him that he will soon be better but until he gets better she will continue to feel guilty about everything that has happened to him.

Abhimanyu also apologises to Akshara for not telling her about his hand and expresses his remorse for never being able to save another life.

Akshara comforts him and apologises to him for being the reason for his injuries.

Abhimanyu hugs Akshara and finds solace in her touch.

Akshara helps him change his accident clothes and lovingly caresses him to offer comfort.

Afterwards, Akshara tells him that together they will fight this problem and in the meantime, she will be her strength.

Abhimanyu also tells her that her support gives him the strength to do the impossible.

© Copyright tellybest.com, 2022, 2023. All Rights Reserved. Unauthorized use and/or duplication of any material from tellybest.com without written permission is strictly prohibited.
Cached Saved on: Wednesday 25th of January 2023 11:03:56 PMCached Disp on: Thursday 9th of February 2023 08:43:43 AM