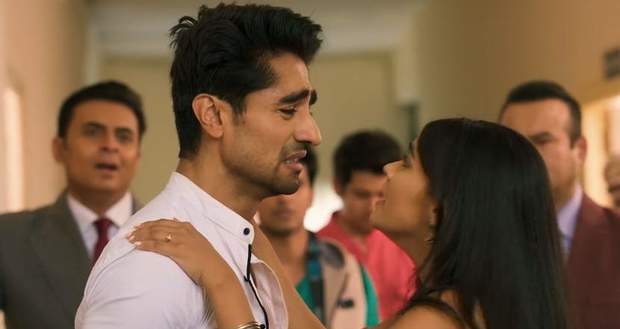 The Birla’s reach the hospital as well, being informed about Manjari’s condition.

One of the doctors suggests doing the surgery but Abhimanyu declares that he will operate on his mother only.

Meanwhile, at the Goenka house, Vansh breaks the news of Manjari meeting an accident to the Goenkas.

On the other hand, Manish, and Suhasini prods Arohi to go to the hospital in time of need, her being a doctor.

Furthermore, Akshara reaches the hospital in time as Abhimanyu meets her just outside the operation theatre.

Sobbing Akshara tells Abhimanyu that she has faith in him that he will not let anything happen to their mother.

At the same time, the police arrive there to discuss the case.

Abhimanyu requests the police to find the culprit who was insensitive enough to leave his mother in that state even though the accident could have happened by mistake.

Anand Birla takes over the reins of the operation when he sees Abhimanyu’s hands shaking with anxiety as he holds the scalpel.

Harshvardhan provides his emotional support to Abhimanyu when he comes out of operation theatre disappointed.

Meanwhile, the police start their inquiry for the case with Akshara only, however, before she could have answered the questions, Parth arrives to call Abhimanyu inside OT.

Arohi, on the other hand, talks to Neil to confirm the accident location to get her doubts cleared.

Akshara asks Arohi if she feels alright as she notices the worried expressions on Arohi’s face.