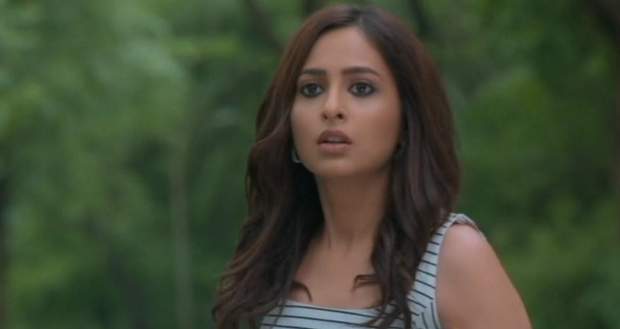 Today's Yeh Rishta Kya Kehlata Hai (YRKKH) 23rd July 2022 episode starts with Akshara telling Abhimanyu that soon he will be alright and acting like a reporter announcing that Abhimanyu Birla will soon be with his first love.

Akshara makes a “You Can Do It” band for Abhimanyu so that it may remind them that they will fight all difficulties and stand victorious.

Akshara also tells Abhimanyu that Aarohi had extracted him from the car just before it exploded and saved his life.

Abhimanyu is surprised to hear this news while Akshara goes down and tells everyone that Abhimanyu is better now and is resting.

After a while, Akshara hugs Aarohi and thanks her for saving Abhimanyu’s life despite her issues with her.

Aarohi tells her that it was his humanistic duty and there was no question of not saving Abhimanyu.

Aarohi tells her they are sisters and will always stand together because this is what life wants for them.

Akshara also gives credit to Aarohi for motivating her to do something for her career.

In the meantime, Aarohi looks at Abhimanyu’s trophy while planning to be better than him and with evil intentions plans to ruin his relationship with Akshara.

Meanwhile, Akshara motivates Manjari to not lose hope until she gets the opinion of every doctor in the world she will not give up.

After a while, Aarohi tells Abhimanyu photograph that soon she will do everything in her power to break AbhiRa because they tried to break her confidence and take away her career from her.

Just then, Abhimanyu comes down while everyone tells him to go and rest.

Akshara tells others that Abhimanyu must be feeling well to come down.

Abhimanyu thanks Aarohi for saving his life.

Afterwards, Akshara makes coffee for Abhimanyu and helps him to drink it with confidence.

On the other hand, Suhasini tells Manish and Akhilesh that she has arranged for veneration for Abhimanyu.

Manish admires Akshara’s hopeful advice to have both medicine and faith.

Kairav and Vansh praise Aarohi and tease her for having an angry twin sister.

The next morning, Akshara wakes up to find Abhimnayu exercising his hand.

Later, Abhimanyu and Akshara shares some romantic moment where Akshara acts like a jealous wife and tells Abhimanyu that she will pull off girls away from him if they try to get close to him.

Abhimanyu further teases her when Akshara sees a call from the manager and disconnects it.

© Copyright tellybest.com, 2022, 2023. All Rights Reserved. Unauthorized use and/or duplication of any material from tellybest.com without written permission is strictly prohibited.
Cached Saved on: Wednesday 25th of January 2023 06:47:57 PMCached Disp on: Sunday 5th of February 2023 02:09:02 PM