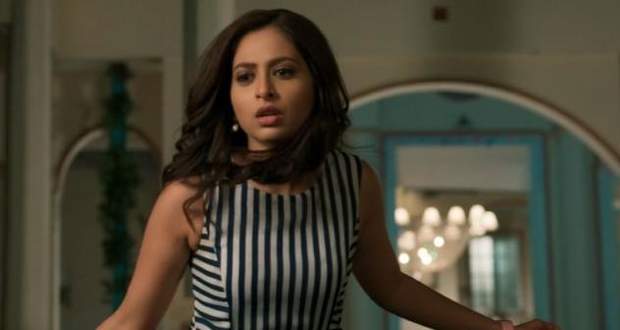 Angrily, Abhimanyu asserts to get the culprit punished.

Mahima gets rude to Akshara regarding food while Anand and Neil handle the situation.

When Arohi goes out of the hospital, Akshara insists to come but Arohi gets angry at her.

Later, Parth and Shefali get into an argument regarding the responsibilities of a daughter-in-law and maintaining a work-life balance.

Akshara enters Abhimanyu’s cabin while he was changing and comforts him with food. She feeds him with her hands just like Manjiri.

Things get emotional when Akshara holds Abhimanyu’s tears in her hand and she asks him to rest and take a beauty nap.

Akshara holds Abhimanyu’s hand while he lies on the sofa while he gets a little irritated when Akshu touches his hair.

Meanwhile, Abhi blabbers in his sleep to revenge Manjiri’s guilty.

In the Goenka House, the family discusses postponing AbhiRa’s engagement while Akshara agrees to them.

Later in the early morning, Arohi slips out of the room when Akshara is sleeping and reaches the accident spot and remembers all the harsh words of Abhimanyu, Akshara and Suhasini to get the guilty punished.

Arohi looks for a piece of evidence that can prove that she did not do the accident but gets to know the truth that she herself did Manjiri’s accident.

Akshara gets up and searches for Arohi when Arohi comes back to the bedroom.

Meanwhile, Akshara repeats the words of getting guilty punished while Arohi cries inside the blanket thinking that Abhimanyu will kill her if he knows the truth.

After some time, Akshara meets Abhimanyu and they discuss Manjiri’s health.

Abhi hesitatingly mentions their engagement while Akshara comforts him that they will do all the rituals only after Manjiri is good.

On the other hand, Arohi vows not to let the truth come out.