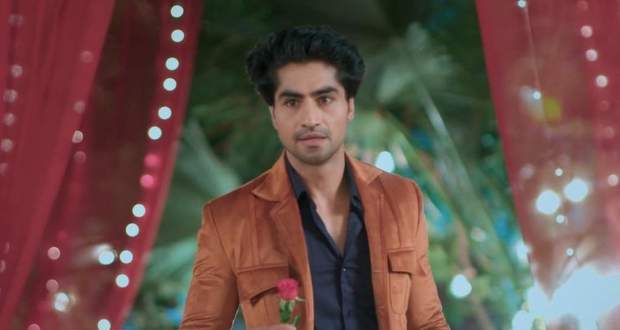 Today's Yeh Rishta Kya Kehlata Hai (YRKKH) 23rd May 2022 episode starts with Akshara going to Abhimanyu happily and telling him that she wanted to wait for him but people had arrived.

Harshvardhan's office friends came to wish Harshvardhan and asks him to be introduced.

On being asked to cut the cake, Harshvardhan threatens Manjari with the consequences which Akshara overhears and realises the grave mistake she has committed.

Harshvardhan refuses to eat the cake and Abhimanyu comes forward and rescues Manjari from being humiliated and looks at Harshvardhan with anger.

Despite the threat hanging on Manjari, she praises and thanks Akshara for the effort and feels guilty for not telling Akshara before about Harshvardhan's dislike.

Meanwhile, Mahima and Anand aren't happy with Harshavardhan’s behaviour in front of investors.

Akshara feels guilty after seeing Abhimanyu and Manjari’s reaction but Manish tells her that she did nothing wrong.

Akshara leaves them while Manjari instructs Abhimanyu to not take his anger out on Akshara as her intentions were good.

Meeting with Harshvardhan on the way, Akshara apologises to Harshvardhan for hurting them unknowingly but Harshvardhan scolds her and goes away which Abhimanyu overhears.

After a while, Kairav asks Manjari to take Akshara with him which Manjari approves after consulting with Mahima.

Akshara comes to Abhimanyu to inform him about her family’s wish to take her home while Abhimanyu to control his anger tells her to go without meeting her eyes.

Although Akshara understands Abhimanyu’s anger, she is finding it hard to bear it upon herself.

She also sees the air tickets on the table and feels guiltier for spoiling Abhimanyu’s plans and goes home with her family for the “Pag-Phera” ritual.