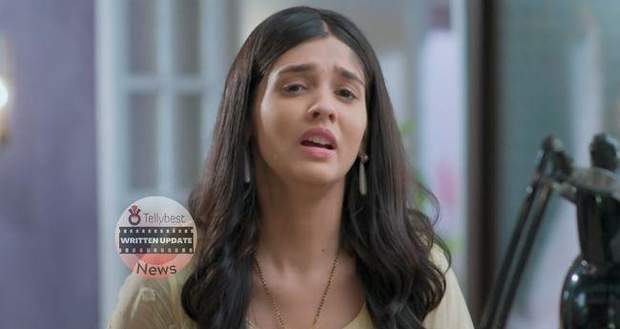 Today's Yeh Rishta Kya Kehlata Hai (YRKKH) 24th August 2022 episode starts with Abhimanyu reading a message from Suhasini while Akshara tells him that if Kairav calls while he is in surgery then she will go so that she can come back to him by the time he wakes up.

Meanwhile, Harshvardhan is anxious for Abhimanyu and his recovery at all costs.

Later, Akshara takes Abhimanyu to change room and helps him to change clothes while singing for him.

As Abhimanyu is leaving, Akshara promises him that he will find her standing there when he comes back.

Afterwards, Akshara comes out and her mind wanders to Kairav.

Meanwhile, Akshara observes Dr Kunal sitting outside and goes to him to call him for surgery.

Dr Kunal tell Akshara about his sister for whom music was everything just like her.

Akshara is puzzled at Dr Kunal's delaying to go in surgery and asks him to focus on the surgery for now and they can talk about it later.

However, Dr Kunal does not budge and goes on about his sister.

In agony, Akshara folds her hand in front of Dr Kunal and asks him to go inside and do the surgery and she cannot talk about them now.

However, Dr Kunal loses his temper and tells her that he has failed his sister because he could not perform his surgery successfully when she needed him the most and took away her voice which has turned her suicidal.

Akshara again tries to convince him to go and do surgery for now as for her Abhimanyu’s health and recovery is everything.

However, Dr Kunal tells her that for him her sister is everything and that is why he has a condition for doing Abhimnayu’s surgery.

Seeing Akshara puzzled, he tells her that she will have to give her voice to her sister for some time.

She is shocked to hear Dr Kunal’s demand but tells him that she will sing for his sister after discussing it with Abhimanyu.

However, Dr Kunal tells her that she cannot tells this to anyone and will have to leave with him immediately after the surgery.

Akshara looks at him angrily and tells him that had he not been a doctor she would have slapped him hard for demanding to do something so vile but her respect for this profession has stopped her.

Telling him that she has no compassion for him, Akshara asks him that he should go inside just now and do the duty for which he has taken the oath.

© Copyright tellybest.com, 2020, 2021. All Rights Reserved. Unauthorized use and/or duplication of any material from tellybest.com without written permission is strictly prohibited.
Cached Saved on: Saturday 1st of October 2022 01:54:53 AM