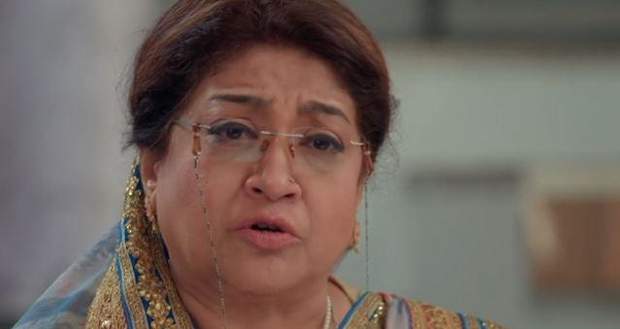 Today's Yeh Rishta Kya Kehlata Hai (YRKKH) 24 June 2021 episode starts with the family lying to Suhasini while Kartik comes there and reveals that Sirat and Ranbir are married.

Kartik tells her that she may have forgotten their marriage and calms her by putting her to sleep.

Sirat goes to get her bag while she hears Suhasini talking and collides with Kartik on the way.

Ranbir gets a call for work and he has to leave while she goes alone.

However, she gets surprised seeing Kartik there while he teases her revealing that Ranvir sent him.

Sirat feels guilty about having feelings for Kartik while he goes to speak with Kairav on call.

Meanwhile, Chauhan talks to someone on call and tells them to make sure that Sirat doesn't get a room so that she has to share a room with Kartik.

A receptionist tries to get feedback from Kartik but Sirat behaves rudely with her saying that she was flirting with him.

A fan clicks a picture of Sirat and Kartik and posts it on social media with the caption stating Kartik as Sirat's husband.

Chauhan acts as talking to someone on call and saying that it doenst matter if Sirat and Kartik stay in a room together.

© Copyright tellybest.com, 2020, 2021. All Rights Reserved. Unauthorized use and/or duplication of any material from tellybest.com without written permission is strictly prohibited.
Cached Saved on: Wednesday 8th of December 2021 12:01:31 AM