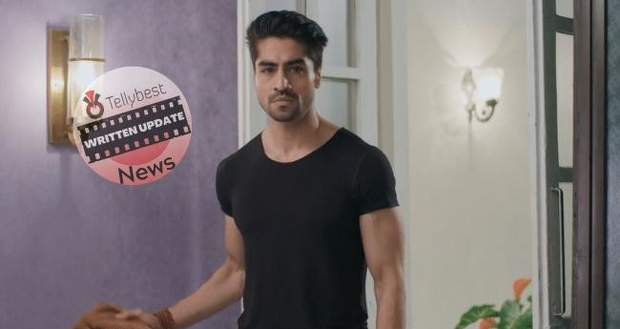 Akhilesh tells them that it is all a misunderstanding which will soon be sorted and he takes his guarantee.

Afterwards, Akshara tries to assure Akhilesh about coming out of this problem together while Swarna complains about Abhimanyu’s behaviour for causing trouble in the Goenka family.

Meanwhile, Abhimanyu is feeling guilty about Manish going to jail and asks Manjari to wake up as he needs her guidance.

Neil and Shefali are discussing Akshara and Abhimanyu’s relationship and keeping Akshara ignorant about Manjari’s condition.

Afterwards, Neil decides to inform Akshara through a third party about Manjari’s condition.

At the police station, Akshara gets the message from Birla hospital needing music therapy for Manjari and goes to her.

Meanwhile, Abhimanyu comes to the police station and tells Manish that he will get him out as only Kairav deserves to be punished.

However, Manish tells him that he does not need favours from someone who has betrayed them in the worst way.

At the hospital, Mahima comes to Majari’s room to find Akshara and asks her to leave however, Akshara refuses to leave and begins to sing beside Manjari.

Later, Abhimanyu arrives at Manjari’s room and tells her to leave but Akshara refuses to leave Manjari in this condition.

However, Abhimanyu tells him that he cannot bear to hear and see her as the person whom he loved has changed now and he does not need her anymore.

Feeling hurt and humiliated, Akshara decides to talk to Abhimanyu whether he likes it or not.

On the other hand, Suhasini is feeding Kairav food and telling about Akshara feeling sad from inside while Kairav tells her that this would not have happened if Abhimanyu knew Akshara’s truth.

Suhasini looks at him in surprise and asks Kairav what truth is he talking about.

On the other hand, Birlas are discussing Manjari’s health and expansion plans for Birla hospital when Abhimanyu comes home and begins to eat junk food.

After a while, Akshara arrives at Birla's house to question Abhimanyu for daring to talk about hating her and being the only victim in this scenario.

Meanwhile, Abhimanyu looks at her with unconcealed hatred.

However, Akshara is unconcerned and asks him what has he done after seeing her after a year.

He had been here with his family and mother this whole time while she was toiling away alone and the first thing he did after seeing her is satisfy his ego and refuse to see and talk to her.