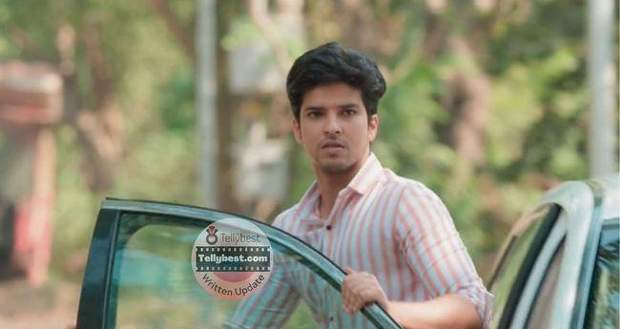 Today's Yeh Rishta Kya Kehlata Hai (YRKKH) 25th December 2022 episode starts with Neil being treated at the hospital while Akshara cries for him requesting him to get better.

Meanwhile, Anand tells Harshvardhan to take control himself as Manjari and Aarohi do not know anything about it.

In the meantime, the police tell Harshavardhan about Neil and Akshara’s effort in stopping the human traffickers before their arrival and getting injured.

Meanwhile, Abhimanyu arrives home and is shocked to know that Akshara has broken her promise to him.

Just then he gets a call from Manish asking him to immediately come to the hospital as Neil is critical.

Abhimanyu becomes scared and explains to Manjari about Neil’s condition and rushes to the hospital.

At the hospital, doctors are trying to stop Neil bleeding while Akshara cries at Neil’s condition.

Meanwhile, Akshara’s cramps begin again and she rushes to the gynaecologist's chamber.

At the same time, Abhimanyu and Mahima arrive at the hospital.

In the meantime, Akshara’s doctor makes Akshara lie on the bed and begins to examine her while Akshara continuously asks for assurance about her babies being alright.

Meanwhile, Abhimanyu is shocked to see Neil and asks everyone why is he not being treated while Anand tells him that Neils's blood pressure is very low due to which no surgery cannot be performed on him.

On the other hand, Akshara is persistently asking the doctor to tell her that her babies are fine and that these cramps are normal.

The doctor tells Akshara to wait and let her finish the examination.

Elsewhere, Aarohi is on phone asking her colleague about Neil’s condition. On hearing that Neil is critical Aarohi decides to go to the hospital.

However, Manjari stops her saying it is not good for her to go out in this condition.

Meanwhile, everyone is hard on work trying to save Neil, while Abhimanyu spot the blood stain on the glass and wipes it in dread.

Later, Manish, Harshvardhan and Abhimanyu are discussing Neil and Akshara diving into the fight and trying to stop themselves on their own.

After a while, the doctor tells Akshara that she has a miscarriage as children have no heartbeat.

Later, Akshara is shocked and comes out of the room dejected and forlorn.

She would have fallen if not for Abhimanyu who catches her in time.

However, Abhimanyu’s legs lose strength after hearing about Akshara’s miscarriage.