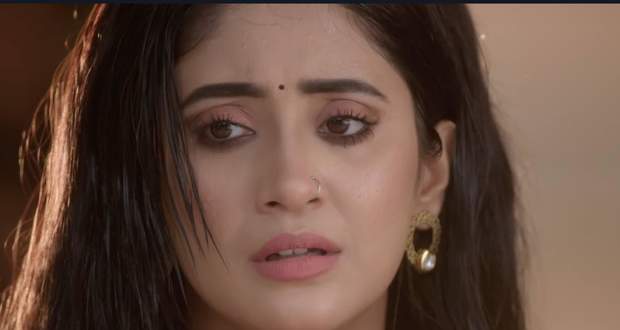 Today's Yeh Rishta Kya Kehlata Hai (YRKKH) 25 June 2021 episode starts with Sirat realizing that she has feelings for Kartik and not Ranvir while he asks her if she is okay.

She accidentally hits a lamp and injures herself while he makes her sit and tends to her wound.

Elsewhere, Ranvir gets influenced by Chauhan's words and video calls Sirat to see her and Kartik together.

Kartik says that she won't be able to participate in today's match while Ranvir tells them to come home as he is leaving for Mumbai later.

Sirat returns home while Nidhi informs her that Ranvir seems very angry at the moment.

She thinks to come clean to Ranvir while she gets shocked seeing Ranvir and everyone else surprising her with a party.

Later, Sirat gets ready for the party and stops at Sindoor while Maudi comes there to talk to her.

Sirat tells Maudi that she has realized she doesn't love Ranvir and will reveal it to him soon.

Meanwhile, Chauhan again manages to influence Ranvir and makes him doubtful of Kartik and Sirat.