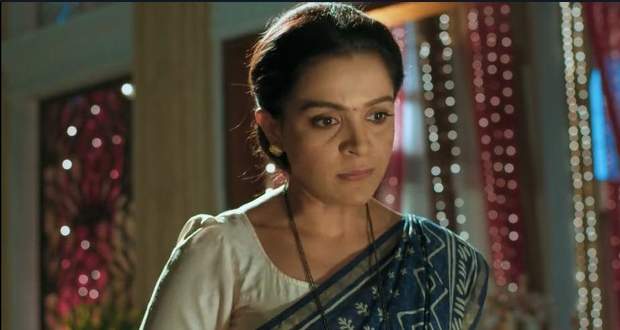 Today's Yeh Rishta Kya Kehlata Hai (YRKKH) 25th May 2022 episode starts with Abhimanyu and Kairav fussing over Akshara when Manish and Dadi scold Kairav and ask him to behave.

However, Kairav’s worry for Akshara is making him stubborn and Manish asks Kairav to leave the room along with everyone.

After a while, Akshara wakes up to find Abhimanyu and hugs him and gets worried for he is running a fever as well. They both take care of each other.

Meanwhile, Neil apologises to Manjari for speaking up in front of Harshvardhan while Manjari tells him that she has done the same as she cannot tolerate Akshara and Abhimanyu’s insult.

Harshvardhan overhears Manjari and thinks of ways to subdue the retaliation at its budding stage.

On the other hand, Manish berates Kairav for being stubborn.

Kairav is angry at Abhimanyu for not taking care of Akshara the way she deserves.

Meanwhile, Abhimanyu and Akshara are apologising to each other for yesterday's debacle.

After a while, they get down to have some breakfast that makes everyone happy except Kairav.

Later, Abhimanyu brings Akshara to the park and asks Akshara to promise him that she will maintain a distance from the busy Birlas and not try to change them.

Akshara promises him but tells him that one day he will want to change them.

Afterwards, they come to Birla's house just when Busy Birla’s are about to leave.

Mahima expresses astonishment at their early return but Abhimanyu tells them about AKshar’a interview at the charitable hospital.

Harshvardhan taunts Akshara for not being qualified enough.

However, Akshara tells him that in places like this passion is more of a priority than qualification and she is quite excited to work with children.

Abhimanyu is pleased with Akshara’s answer while Harshvardhan uses the opportunity to taunt Neil.

Later, Manjari welcomes Akshara and Abhimanyu with an open heart and tells them to always support each other and give her blessings.

After a while, Akshara comes down and is disappointed to find Abhimanyu gone. However, Abhimanyu is disguised as a driver to take Akshara for an interview.