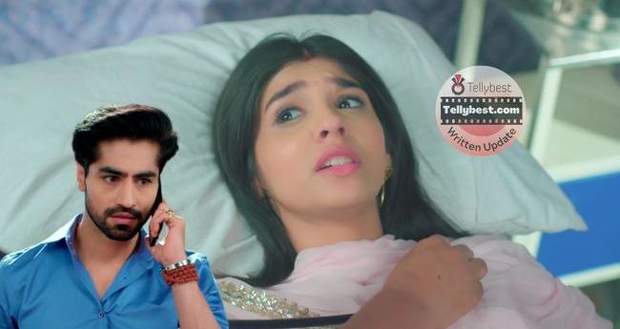 Abhimanyu’s heart shatters at the news and he steps back from Akshara and takes the support of the wall to support himself.

Meanwhile, Harshvardhan comes to Abhimanyu to tell him that Neil is dying and asks him to come to him.

Abhimanyu rushes to Neil while Akshara doubles with the pain while struggling to go to Neil.

Just then Swarna comes to her and comforts Akshara saying to only worry for herself for now.

Meanwhile, Abhimanyu is hell-bent on reviving Neil and tells him to wake up as he is calling him.

Abhimanyu’s efforts bear fruit and Neil opens his eyes which relieves Abhimanyu a little and he tells him to breathe and relax.

However, Neil asks Abhimanyu and Akshara to look after his child if anything happens to him.

Abhimanyu is scared to think of the possibility and tells Neil to not say anything scary and that nothing will happen to him.

However, Neil disobeys his elder brother and dies after taking the decision.

Meanwhile, Kairav comes to Aarohi and tells her that Neil will be alright and will come home soon.

Nishta and Parth also arrive home assuring Manjari that Neil will be alright.

Just then an ambulance siren brings them all out in hope of Neil’s return.

However, they are shocked to see Neil's dead body covered in white cloth.

Aarohi loses her control and begins to cry while Manjari gathers her strength to uncover Neil’s body.

Reality sinks in when Manjari sees Neil’s face and she shouts in anger and pain and slaps Abhimanyu for not saving Neil.

Harshvardhan tries to console Manjari but her pain is unconsolable and she continues to cry.

Meanwhile, Aarohi looks at Akshara and blames her for killing Neil and taking away her happiness.

Manjari also looks at Akshara with hatred and asks her why did she go to the concert when it was decided that she will not go and why did she take Neil with her.

Meanwhile, Manish tells Manjari that if she has lost her son then Akshara has also lost her babies.

Hearing that another burst of anger erupted in Manjari and she blames Akshara for taking three lives with one wrong decision.