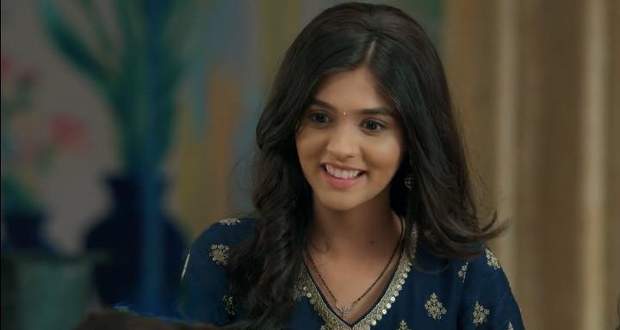 Today's Yeh Rishta Kya Kehlata Hai (YRKKH) 26th July 2022 episode starts with Akshara coming to Abhimanyu to find the room decorated and with ingredients arranged on the table to make chocolates as a reward for eating broccoli and bottle gourd.

Meanwhile, Anand tells Harshvardhan to tie up with another doctor until Abhimanyu gets better.

Harshvardhan agrees with him so that all patients get the best care.

On the other hand, Anand and Harshvardhan are missing Abhimanyu and his aura as a doctor.

Anand says that all Abhimanyu needs is a good doctor because he is the kind of man who never gives up.

Meanwhile, Abhimanyu is performing a veneration but his mind is filled with so many thoughts that concentrating become a challenge.

After a while, Akshara calls Abhimanyu outside where Suhansini has brought Babaji to take away evil eyes from him.

On being told by Babaji to connect with Lord Shiva, Abhimanyu tells him that he has a direct connection with Lord Shiva and does not need a mediator for that.

Later, Abhimanyu tells her that no one can care more for him than his family and only they can ward off the evil eyes from him.

After a while, Akshara gets a call from the hospital about her appointment and goes to attend to her patient at Abhimanyu's insistence.

Later, Akshara arranges a guidance session between Abhimanyu and his team so that he can feel productive and not miss much of his profession.

Coming back home, Akshara gets a call from Kairav who tells her to divide her time between her career and caring for Abhimanyu as these opportunities do not come every day.

Akshara tells him stubbornly that for her getting Abhimanyu back in shape is a priority and she will not think about her career until Abhimanyu gets better.

Later, Akshara finds Abhimanyu at the door overhearing her conversation with Kairav.

After some time in Kitchen, Abhimanyu comes to  Akshara asking whether she values his dream or not.

Akshara tells him that for her his recovery is important and she only wants to focus on that.

Hearing Akshara’s stubborn statement, Abhimanyu pours water on Tawa and tells Akshara that if she wants to behave like a sacrificing ideal wife that so be it but he will also do what he needs to do.

He tells her that if anything comes between Akshara and his dream for her then he will fight with it even if it is Akshara itself.

© Copyright tellybest.com, 2022, 2023. All Rights Reserved. Unauthorized use and/or duplication of any material from tellybest.com without written permission is strictly prohibited.
Cached Saved on: Monday 21st of November 2022 05:57:50 PMCached Disp on: Friday 2nd of December 2022 02:27:57 PM