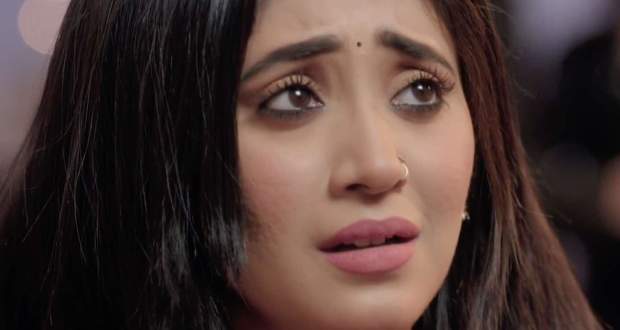 Meanwhile, Nidhi comes there and takes her to the party while making her wear the mask.

Sirat goes downstairs and mistakes Kartik as Ranvir and tries to reveal that she loves Ranvir.

However, Kartik reveals himself before she can tell the whole thing as Ranvir comes there.

Sirat thinks to tell the truth to Ranvir before he leaves for Mumbai as she dances with him.

Later, Sirat dances with Kartik while he advises her to tell Ranvir what she was planning to tell him.

She takes Ranvir outside to confess to him while his phone starts recording audio.

Sirat tries to confess to him and apologizes to him.

She talks about their relationship and how he does everything for her.

Sirat looks away from Ranvir and reveals that she doesn't love him.