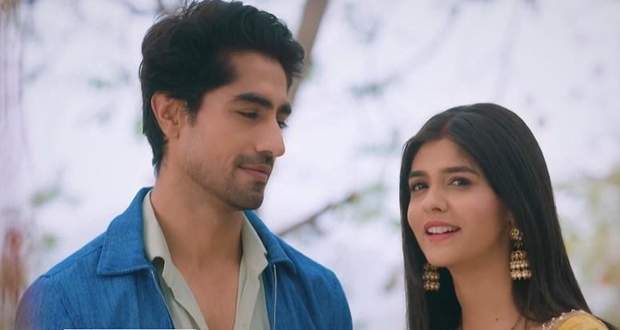 Today's Yeh Rishta Kya Kehlata Hai (YRKKH) 26th May 2022 episode starts with Akshara being surprised to see Abhimanyu in the driving seat and telling him to go to the hospital.

However, Abhimanyu tells Akshara that he has taken a day off and will be by her side the whole day.

Elsewhere, Manish tells Kairav to get married but he is not ready.

Kairav tells them about Alisha not responding to his message and that he has Aarohi’s responsibility to think of first.

Meanwhile, Akshara tells Abhimanyu about the place being too far and feels guilty for taking him away from the hospital.

Abhimanyu tells him that he will help her in scouring the place and give his opinion about the work environment.

In the meantime, Neil starts work at the Birla hospital and collides with Aarohi in a dramatic way.

After a while, Abhimanyu tells her about evil people in every profession.

Later, Abhimanyu is gobsmacked to see the poor work environment of the hospital.

Aarohi asks Neil about being in the hospital while he informs her that he has joined Birla hospital to work.

Just then a doctor gives instructions about Rudra which surprises Aarohi.

Meanwhile, Abhimanyu tells Akshara that this hospital does not have basic decency for people and treats their patients with disrespect for being poor.

Abhimanyu also tries to convince Akshara to not work there but Akshara tells him that she wants to try and check her potential and will handle the work environment.

Akshara asks Abhimanyu to have confidence in her capabilities as she has handled a much worse situation and tells him that she has to go.

Elsewhere, Aarohi calls Rudra but he does not pick up her call which annoys Aarohi.

At the Birla hospital, Aarohi calls Rudra from the hospital number while he instigates her against Abhimanyu saying that Abhimanyu has asked him to stay away from her and not think of hiring her at his hospital, implying that Aarohi is not capable enough.

At the charitable hospital, Akshara observes a child fearing injection and goes to settle him.

Meanwhile, Akshara sings a song to encourage the child.

© Copyright tellybest.com, 2020, 2021. All Rights Reserved. Unauthorized use and/or duplication of any material from tellybest.com without written permission is strictly prohibited.
Cached Saved on: Monday 3rd of October 2022 12:15:10 PMCached Disp on: Friday 7th of October 2022 08:44:38 PM