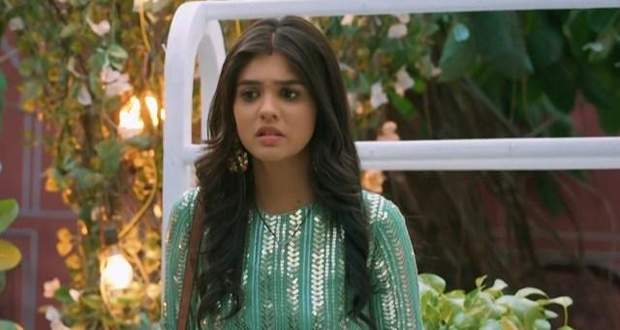 Today's Yeh Rishta Kya Kehlata Hai (YRKKH) 27th May 2022 episode starts with Neil reading Abhimanyu’s message and telling Abhimanyu how much he loves Manjari and him for adopting him.

Afterwards, Abhimanyu is worrying about Akshara when she calls him and looks worried.

Abhimanyu feels responsible for Akshara and calls another hospital to arrange a job for Akshara.

Meanwhile, Aarohi comes to Abhimanyu's office when he is on call. Abhimanyu tells her to wait outside but she overhears Abhimanyu and gets angry.

After a while, Akshara comes home to find Abhimanyu outside and tries to surprise him but he also has a call letter and gets shocked.

Parth and Neil read the offer letter and look curiously at AbhiRa.

On the other hand, Kairav tells everyone about Akshara getting a job which makes everyone happy but Aarohi feels jealous.

Parth, Neil and Shefali discuss Akshara’s job options while Abhimanyu takes his letter and throws it away.

Shefali calls Abhimanyu's behaviour controlling while Akshara defends him and tells Shefali that it is not controlling but concerning and she is lucky to have his concern.

Coming to the kitchen, Akshara finds Abhimanyu making a juice without care.

Akshara tries to tell him that it is okay to have different choices and still love with complete devotion.

She also tells him that she wants to stand on her two feet like him but his support is equally important to her.

She gives him both the envelopes and tells him to choose and that will be the final choice for her too.

Abhimanyu chooses a charity hospital for her.

Afterwards, they become romantic with each other and play with food and each other.

Hearing Manjari comes inside, Akshara goes to tell her about her appointment letter.

Manjari praises her and shares her sorrow of never getting the chance to do such a thing herself.

Realising that she has told a deep secret she tries to hide it but Akshara is sympathetic to her and tells her that there is always time to realise one's dream when one is ready.

Just then Harshvardhan’s call makes Manjari run to do his bidding while Akshara looks at Manjari with concern.