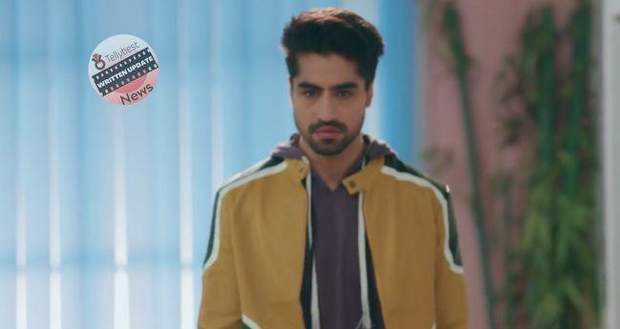 Meanwhile, Mahima scolds Harshvardhan for siding with Akshara and tells him that Akshara should have faith in Abhimanyu.

On the other hand, Goenka are supporting Akshara’s decision and feels that Abhimanyu should understand Akshara’s sacrifice.

However, both Akshara and Abhimanyu tell them to not discuss the matter further.

Later, Neil calls Akshara and praises her efforts and sacrifice. He tells her that he is coming to pick her up as she deserves to live here and one day everyone will understand it.

However, Akshara tells her that she cannot come until her love is given due respect and Abhimanyu understand her.

After a while, Goenkas assures their support to Abhimanyu and tells her that they are proud of her.

The next day, Parth sees Abhimanyu venting his anger while Shefali comes to Parth and tells him that they will never lose their faith in each other like Abhimanyu and Akshara.

Meanwhile, Akshara calls everyone for breakfast but Akhilesh and Vansh are worried about their investors withdrawing support from them.

Akshara tells Akhilesh to not lose hope and only concentrate on getting bail for Manish and Kairav.

She also offers to come with them to the lawyer.

At the hospital, Abhimanyu is asking Manjari to wake up as he is feeling lonely. Just then, Parth calls him and asks him to come home as he has something to show him.

Meanwhile, Akhilesh sees Anand Birla imbibing liquor in his car before the operation and goes to the hospital in anger to teach him a lesson.

Vansh tries to stop him and tells Akshara to come to the hospital soon.

Meanwhile, Harshvardhan brings the flower to Manjari and tells Abhimanyu that Manjari loves them but has stopped using them because of him.

Later, Akhilesh accosts Anand and tells everyone that the great doctor Anandwardhan is going to perform the surgery in a drunken state.

After a while, Harshvardhan intervenes to stop Akhilesh while Akshara and Vansh take him back.

At the same time, Aarohi is relieved to not be seen by her family at the Birla hospital and decides to use the video of Akhilesh and Anand’s debacle for her benefit.

Later, the patient also becomes angry and attacks Anand while Harshvardhan tries to control the situation.

Meanwhile, Mahima tries to stop Parth from telling Abhimanyu about the evidence and tells him that Abhimanyu and Akshara’s problem will not go away with it.

After a while, Abhimanyu arrives home and Parth moves ahead to give evidence to Abhimanyu.

© Copyright tellybest.com, 2022, 2023. All Rights Reserved. Unauthorized use and/or duplication of any material from tellybest.com without written permission is strictly prohibited.
Cached Saved on: Monday 21st of November 2022 09:47:05 AMCached Disp on: Wednesday 7th of December 2022 01:03:13 PM