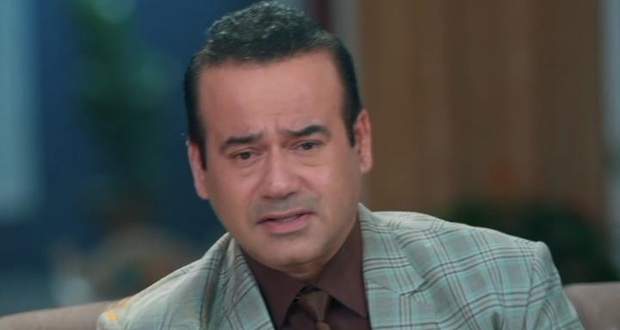 Today's Yeh Rishta Kya Kehlata Hai (YRKKH) 28th July 2022 episode starts with Akshara doing her musical practice while Abhimanyu praises her and tells her to not stay awake at night worrying for him else it will make him ill.

Afterwards, Akshara says that now is the time to search for Dr miracle while Abhimanyu also calls someone and tells him Akshara’s name.

After a while, Akshara is surprised to be at the audition for the magical voice while Abhimanyu tells her that his treatment and her music can both go hand in hand.

He also tells her that it is love that cooks well on a slow burner but for dreams, we have to go full throttle.

Akshara goes on stage while Abhimanyu and her family cheer for her.

Akshara attends a call on stage hoping it is from Dr Miracle but is disappointed and begins singing.

Abhimanyu travels to the dreamland where they are in the characters of the story "The Gift of Magi" who sacrifices their most valuable asset for each other’s happiness.

After the performance, Aarohi plants a story of unfair judgement in the contestant's minds saying Akshara has gotten a backdoor entry and is from a rich background which is why only she will win.

Meanwhile, Abhimanyu praises Akshara’s singing and asks Akshara whose phone call was she expecting for which she attended a call on the stage.

After a while, Akshara wins the audition but other contestants start to object to the judgement saying Akshara has won the spot because she has bribed the judges.

Abhimanyu defends Akshara saying she has won the audition on the basis of her talent when someone twists his injured hand.

Akshara gets angry at the contestant and a robust argument takes place which the media records to sensationalise the story.

Aarohi enjoys the moment where Abhimanyu’s hand and Akshara’s feeling is hurt at the same time.

After a while, Abhimanyu and Akshara arrive at the family to find Anand and Abhimanyu watching the news about the audition where the media is calling Abhimnayu a frustrated husband.

The next morning, Abhimanyu and Akshara arrive at the hospital for some procedure where Dr Rohan welcomes him and asks him to join them back as they do not feel encouraged without him.

After a while, Abhimanyu is about to enter a lecture hall when one student shows the video of the audition to the other students and calls Abhimanyu mentally ill.

Both Akshara and Harshvardhan hear of this and are in abject horror at the negative impact it has on Abhimanyu’s reputation.