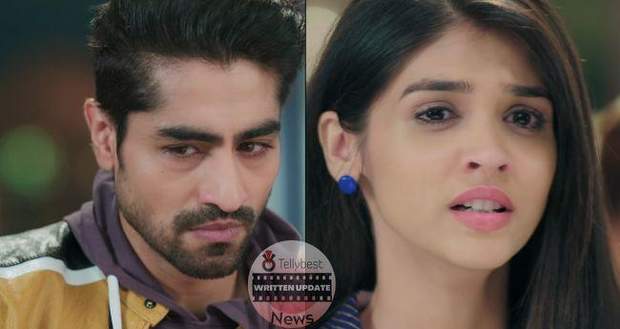 Before Parth can say anything, Harsh and Neil bring injured Anand to the hospital.

Abhimanyu is shocked to hear about Goenkas being involved in bringing Anand to this condition.

Meanwhile, Harshvardhan tells Abhimanyu about Anand going into surgery in a drunk state.

Abhimanyu does not condone Anand’s actions and asks Ananad what has he done to himself.

He also tells him that he is his teacher and a role model and has inspired many doctors like him who look upon him for inspiration.

Mahima gets angry at Abhimanyu and tells him that nothing has happened to Anand but it is the Goenkas who has put a question mark on Anand’s reputation.

Abhimanyu tells Mahima that what Goenkas did was wrong but Birla's were the ones who have given them ammunition.

Seeing Abhimanyu taking Goenka’s side, Parth becomes angry and scolds Abhimanyu for favouring Goenka over them.

Meanwhile, Akshara, Suhasini, and Swarna are telling Akhilesh that what he has done is the wrong way to address the right problem while Akhilesh tells them that he does not regret anything and will do the same if given a chance.

Afterward, Suhasini tells Akshara to not let herself get distracted by these problems and focus on doing the right thing.

After a while, Akshara calls Neil to apologise for Akhilesh’s behaviour and tells him to convey it to everyone.

However, Mahima is not impressed with Akshara’s apology and takes Anand to her room with Parth’s help.

Parth takes up the evidence with him while escorting Anand.

Later, Abhimanyu leaves to be with Manjari while Harsh sends Neil after Abhimanyu as he understands that Abhimanyu must be disturbed by Parth’s rudeness.

Meanwhile, Akshara is on the way to the lawyer when she sees Abhimanyu’s car on the road and stops to check on it.

Abhimanyu comes to stand behind Akshara while Akshara's hands come between the door and she tries to bear the pain while Abhimanyu gets the first aid box.

However, Akshara leaves before Abhimanyu can help her.

Neil observes this scene and feels sad to see their stubbornness.

Meanwhile, Akshara comes to meet Manish who counsels her to be firm in the face of adversity.

He also advises Akshara to think for herself and make decisions based on what she thinks is best for her.

© Copyright tellybest.com, 2022, 2023. All Rights Reserved. Unauthorized use and/or duplication of any material from tellybest.com without written permission is strictly prohibited.
Cached Saved on: Monday 21st of November 2022 05:26:17 PMCached Disp on: Wednesday 7th of December 2022 02:41:12 PM