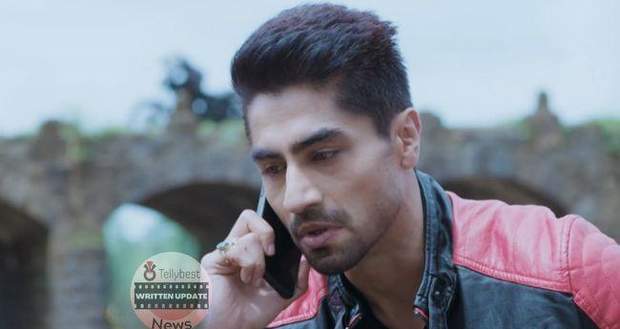 Today's Yeh Rishta Kya Kehlata Hai (YRKKH) 29th August 2022 episode starts with Abhimanyu regaling his family with stories of his time in the village while Mahima calls the police asking about Kairav.

In the meantime, Maaya is also celebrating Akshara’s decision.

Mahima taunts Abhimanyu for not taking interest in his sister’s life while Manjari tells her not to talk of bitter memories on Nishatha’s birthday.

Just then. Harshvardhan arrives and asks Abhimanyu about his mental health.

Ignoring the question, Abhimanyu tries hard to look happy but Manjari sees right through him.

On the other hand, Akshara is writing a love message on a card for her husband living abroad while thinking of Abhimanyu.

Kairav is listening to everything and feels guilty for Akshara.

Meanwhile, Abhimanyu is walking towards his room when all the memories creep on him and he could not gather the strength to get inside.

Just then, Shefali stops Abhimanyu and asks him to perform surgery on his boss in Jaipur hospital.

She also tells him that it is crucial for his promotion.

Afterwards, Abhimanyu looks at the door for a long time and leaves without going inside.

Meanwhile, Mahima is berating the police officer for not having any news about Kairav.

Later, Mahima asks Abhimanyu to think again if Akshara has sent any message to him regarding anything.

Abhimanyu gets angry and tells her to trust him for he would have told her if he had known.

Mahima taunts him, saying that if Abhimanyu knows nothing about Akshara, no one will.

Abhimanyu could not bear the hurt Mahima’s words inflicted on him and leaves after putting on his headphone.

Coming to his room, he feels Akshara’s presence everywhere and wishes to forget all his memories.

Just then Manjari comes to his room to comfort him and tells him that he hates Akshara for putting his son through this pain knowing his love for her.

Abhimanyu tells Manjari that Akshara must have had her reasons and it wouldn’t have been easy on her too.

Later, Abhimanyu comes to Parth’s and Shefali’s son to play with him and tells him he misses him too.

On the other hand, Kairav has another nightmare and wakes up scared.

Akshara tries to calm him and changes her decision to go to India.

However, Kairav tells her that she has to go but to think about what she will say to Abhimanyu if he finds her there.

© Copyright tellybest.com, 2022, 2023. All Rights Reserved. Unauthorized use and/or duplication of any material from tellybest.com without written permission is strictly prohibited.
Cached Saved on: Monday 21st of November 2022 05:37:34 PMCached Disp on: Wednesday 7th of December 2022 11:45:54 AM