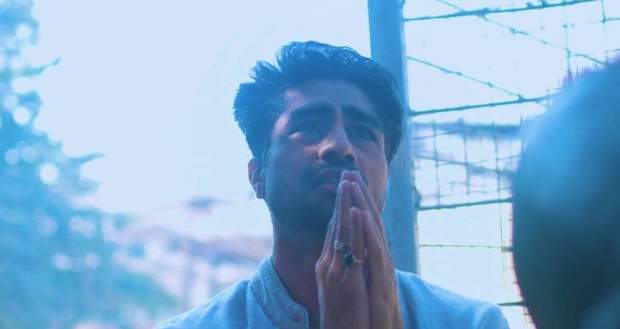 Today's Yeh Rishta Kya Kehlata Hai (YRKKH) 29 December 2021 episode starts with Akshara crying after seeing the injured lady like that.
Abhimanyu comes and tries to comfort Akshara, she hugs him tightly and both remain like that for a moment.
Meanwhile, Manjari asks Mahima if she can gift Arohi their mother-in-law’s ring to which Mahima disagrees telling her that the new generation will not like stuff like that.
Back in the hospital, Harshvardhan again warns Arohi about finding the photo to ensure the security of the marriage.
Arohi gets a call from the medical college that she applied but fails to talk to due to network issues.
At the same time, Vansh waits for Reem to arrive at the Goenka mansion, Kairav teases Vansh a bit and wishes that her brother can find true love.
At the hospital, Akshara cries remembering her mother’s death and Arohi changing due to that, she promises not to lose Arohi like Sirat.
She goes out of the hospital to get some distraction while Abhimanyu looks for her.
Arohi and Harshvardhan delete the actual CCTV footage of the camp so that the truth cannot be revealed, Anand and Mahima arrive but they somehow cover up the matter.
Later, the Goenkas start to worry about Akshara as she didn’t come home late any day and her phone was also off.
Arohi, after checking the hospital, informs Kairav that Akshara is nowhere to be found which Abhimanyu overhears.
He rushes out on his bike to find Akshara and prays to Mahadev for her safety.
Night falls, Akshara was stuck on a crowd less road as her car broke down and her phone was also dead.
Later, Abhimanyu arrives and both run into each other’s arms full of emotions.
Abhimanyu asks Akshara why she was so affected by the accident of the lady.

Upcoming YRKKH episode updates: Abhimanyu and Akshara dance together while spending the night, Akshara confesses her love to Abhimanyu.

© Copyright tellybest.com, 2020, 2021. All Rights Reserved. Unauthorized use and/or duplication of any material from tellybest.com without written permission is strictly prohibited.
Cached Saved on: Wednesday 19th of January 2022 01:35:51 PM