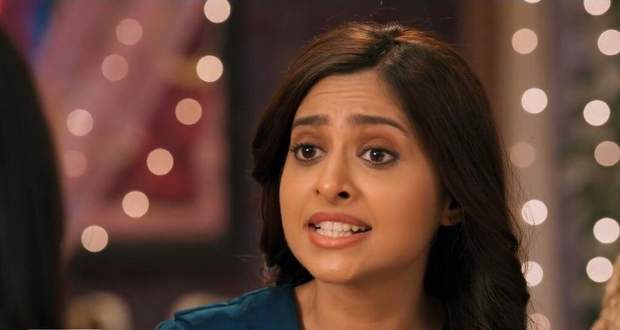 Today's Yeh Rishta Kya Kehlata Hai (YRKKH) 29 Jan episode starts with Manish walking past Akshara ignoring her, Akshara holds onto Manish’s legs and pleads to him to listen to her once.

Manish answers Akshara that he needs some time to think and she shall not disturb him during this period.

Meanwhile, at the Birla house, Anand informs Harshvardhan that they have to attend an event for Makar Sankranti as it will help them to rebuild their public image.

Abhimanyu appears, Manjari asks if Akshara has called him till now but he answers with a no and walks away with his phone.

After a few minutes, Akshara calls Abhimanyu, he picks up but Akshara could not say any words as she was controlling her tears.

Abhimanyu at once understands the situation and thanks Akshara for keeping her promise to call him but after hearing Akshara’s shaky voice, he gets worried.

Back to Akshara, Arohi comes in mocking Akshara for faking her tears and continues to blame her for the present situation.

Akshara tries to remind Arohi that both of them are responsible for their family situation but Arohi refuses to listen.

On the other hand, Abhimanyu comes to the Goenka house to meet Kairav and asks him about the incident with Sirat including the reason for which Arohi continues to blame Akshara.

After a few requests, Kairav tells Abhimanyu about the accident of Sirat in the past and how Arohi thinks it was Akshara’s fault.

He tells Abhimanyu that Akshara still blames herself and tends to sacrifice everything to keep Arohi happy.

Afterward, as Abhimanyu was about to leave, Akshara comes outside and both see each other, running straight into each other’s arms.

Abhimanyu promises to solve all the problems together with Akshara and fulfill her dream of marrying him with the whole family’s support.

Precap: Both the Goenka and Birla family attend the same event of Makar Sankranti, Abhimanyu and Akshara get nervous to see the two families clashing with each other face to face.