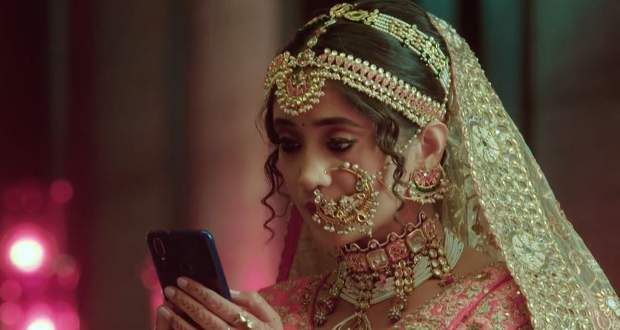 Today's Yeh Rishta Kya Kehlata Hai (YRKKH) 29 May 2021 episode starts with Sirat and Kartik sharing an emotional moment with each other and expressing their unspoken love.

On the other hand, Narendranath acts nicely as a part of his cunning ploy with Saroj so that she takes Ranvir outside along with him to buy a locket.

At the same time, Sirat faces a dilemma as she comes to know that her match is pre-scheduled on her wedding day itself.

Fortunately, Ranvir encourages her to go for her match and win the medal.

Ranvir tells Sirat that he will marry her only if she wins the match and brings the medal home.

Sirat gets relieved talking to Ranvir and prepares herself for the match.

Further, Narendranath calls his companion and tells him to arrange a call with Sirat's opponent so that he tells her to hit Sirat so badly that she won't be able to stand in her own wedding.

Later, Sirat leaves for the match taking the blessings from Goenka's family.