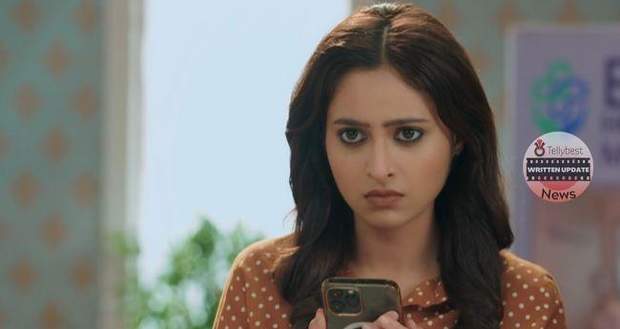 Akhilesh gets angry seeing Parth’s message and decides to teach a lesson to the Birlas.

Meanwhile, Dr Rohan tells Abhimanyu that there is a team waiting for the inspection of the hospital and asks him to go and meet them.

In the meantime, the inspection committee come across Anand’s video and puts Birla hospital under investigation.

However, Abhimanyu tries to explain to them but the inspector in charge is not ready to hear him and asks Abhimanyu to leave the hospital.

Abhimanyu tries to resist but is thrown out of the hospital forcefully.

Meanwhile, Akshara finds out about the viral video and rushes to the hospital to help Abhimanyu.

In the meantime, Birlas also arrives at the hospital and are shocked to see it sealed.

Parth calls the lawyer while Harshvardhan also makes the call.

Just then, the rest of the hospital staff is thrown out and they all worry about their jobs.

However, Harshvardhan assures them that nothing will happen to them.

In the meantime, Mahima blames Akshara and Goenkas for their condition.

Parth remembers sending the video to Akhilesh and wonders if Akhilesh is behind it.

Later, Akshara comes to Abhimanyu to comfort him while Abhimanyu vents his anger on Akshara and calls her responsible for all this.

Abhimanyu beats and harms his hand calling it responsible for all his problems.

However, Akshara stops him and tells him that it is not the time for all this and they have to try to come up with a solution to this problem.

Meanwhile, Abhimanyu tells her there is no "we" in this relationship.

Only Akshara and her ego are there which always focused on her problems, her decisions, her family, her brother, her sister and her sacrifice.

Abhimanyu also tells her that she has destroyed his life by taking away the love he had for her.

Emotionally drained Akshara retorts that her life was destroyed a year ago but she did go for the sake of her love.

She also tells him to have faith in the love that they have for each other.

However, Abhimanyu tells her that he can never believe in their love again because she always chooses others over him and now he cannot let his family suffer because of his love.

Just then, Mahima calls Abhimanyu telling him that Anand is nowhere to be found.

Abhimanyu rushes to search for him and tells Akshara that the love that has taken away his family from him is not worth having.

© Copyright tellybest.com, 2022, 2023. All Rights Reserved. Unauthorized use and/or duplication of any material from tellybest.com without written permission is strictly prohibited.
Cached Saved on: Monday 21st of November 2022 03:17:25 PMCached Disp on: Saturday 10th of December 2022 02:21:33 PM