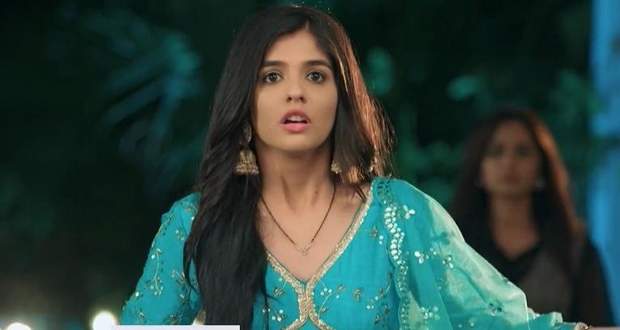 Today's Yeh Rishta Kya Kehlata Hai (YRKKH) 2nd August 2022 episode starts with Abhimanyu telling Akshara that she will be getting lots of hugs today and that everyone loves her.

Akshara thinks of returning the love and all the lovely gifts and gestures by finding Dr Miracle.

As Akshara is leaving Abhimanyu stops her and brings her close to her and tells her that she is looking very beautiful.

They were about to share a kiss when some voice distracted them and Abhimanyu takes her to the hall to celebrate her birthday.

Akshara praises the cake that Abhimanyu has decorated with love and promises him that she will pursue her dreams of music and never let it go by.

Afterwards, Akshara wishes for Abhimanyu to get back to himself and cuts the cake.

After a while, everyone gives Akshara her presents while everyone insists on seeing Abhimanyu’s gift.

Abhimanyu presents her with a hoody and tells her that sometimes Akshara gets involved in caring for others and that she has no time for herself but this hoody will allow her to get aloof from the world and form a connection with herself.

Meanwhile, Anand sends pictures of the party to Harshvardhan which makes him nostalgic.

Afterwards, Abhimanyu takes the stage to deliver a guitar performance but his hands trouble him and he stops in the middle.

Akshara watches Abhimanyu’s disappointment and goes to get help Abhimanyu to finish the song.

After a while, Kairav looks at Anisha’s picture and wishes to meet her in person soon and hopes to receive her reply soon.

Meanwhile, Suhasini asks Swarna and Manish to talk to Mahima and Anand about Anisha’s proposal.

However, Kairav stops her saying that he does not want anything to come between Akshara and Abhimanyu’s celebration.

Meanwhile, Akshara’s driver brings her mobile and holy sweets from the car and hands them over to Aarohi to pass them to Akshara.

Aarohi uses this opportunity to create differences between Abhimanyu and Akshara.

Abhimanyu asks Akshara what is bothering her so much that she felt like going to Dargah.

Akshara tells Abhimanyu that she has gone to meet Dr Miracle who goes by the name Dr Kunal Khera.

© Copyright tellybest.com, 2022, 2023. All Rights Reserved. Unauthorized use and/or duplication of any material from tellybest.com without written permission is strictly prohibited.
Cached Saved on: Monday 21st of November 2022 06:50:56 AMCached Disp on: Thursday 8th of December 2022 02:15:54 AM