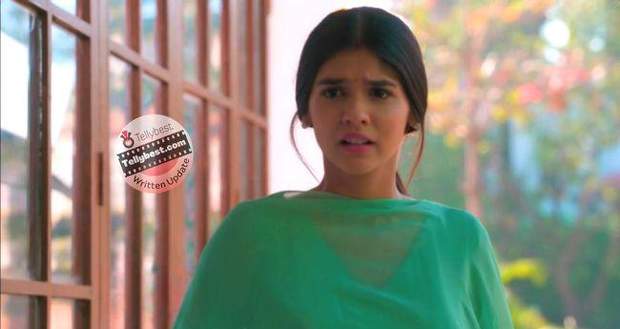 Today's Yeh Rishta Kya Kehlata Hai (YRKKH) 2nd January 2023 episode starts with Abhimanyu telling Manish to inform him too if he finds out about Akshara.

Just then, Priya calls Manish to tell him that Akshara has called to tell her that she will be coming to her house in the morning.

Later, Manish offers Abhimanyu to accompany him to Pathankot to get Akshara as he must have realised what he has done in anger.

However, Abhimanyu cannot shake the feeling of loss that he is feeling at Neil’s death and goes away.

Meanwhile, Abhinav brings Akshara to his home and offers him water and loads of free advice while instructing her to eat something for the sake of the baby.

He also tells her about being an orphan and shows her the empty frames on the walls that depict his parents whom he had never seen.

Later, he leaves Akshara alone and asks her to lock the door while assuring her that he will take her to her friend’s place in the morning.

The next morning, Abhinav is shocked to see the room empty and Akshara’s note saying she will manage from here onwards.

Just then the police come to check upon Abhinav and his wife suspecting him to be lying the night before.

Abhinav gets puzzled and worried and to add to his misery, his landlord arrives there as well.

Mr Verma is shocked to hear about Abhinav being married while Abhinav tries to control the situation.

The police tell Abhinav that he has seen the world and people like him.

Just then Akshara comes back and tells the officer that she has gone for a walk.

Mr Verma questions Abhinav about hiding a wife while Akshara tells him that she is not his wife and will explain everything to him later.

Later, Akshara tells him that she had seen the police come here and therefore she came back.

Abhinav offers to take Akshara to her friend so that he does not have to worry about her safety.

At Priya’s house, Akshara’s feet freeze hearing Abhimanyu’s hatred for herself and Manish's accusations about Akshara being responsible for Neil’s death.

Akshara leaves the house without meeting Priya while Manish and Priya search for her after hearing about Akshara’s departure.

After a while, Akshara finds Abhinav again in her path who tells her that he cannot leave her alone until he is sure of her safety.

He also tells her that in her condition anything can happen to her and he cannot take it up himself.

Abhimanyu is sitting with Manjari when Harshvardhan comes to him telling him to go and conduct his surgery while he sits with her.

In the meantime, Abhimanyu freezes seeing the patient and sees Neil in him.

Abhimanyu feels panicked and asks to call Dr Mahima, as his hands shake while holding the scalpel and seeing Neil’s dead body in the patient.

After a while, Mahima comes there and takes over the surgery while understanding his mental condition.