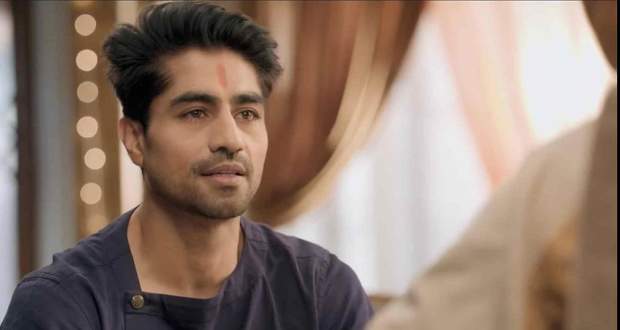 Today's Yeh Rishta Kya Kehlata Hai (YRKKH) 2nd March 2022 episode starts with Akshara confronting Manish and Abhimanyu about their alliance in hiding the truth from all others.

Akshara questions Manish’s decision and asks him what he would have done if Harshvardhan had asked Kairav the same thing.

Scolding Abhimanyu for agreeing to Manish’s condition, Akshara resents him for proposing the condition of leaving her family to Manjari.

She makes Manish remember how Kartik used to resent him in the past but gradually realized his love for him.

Trying to make Abhimanyu understand, Akshara stresses the fact that even if he does not regard Harshvardhan as his father, the truth does not change.

Again, reminding Manish of the time when Kartik and Naira used to live separately from them, Akshara questions how he could repeat the exact thing when he knows the pain of separation.

Manish gets silent while all the family members agree with Akshara’s words.

Akshara breaks down in tears and asks Manish and Abhimanyu how they can do that when they know the importance of family for her.

As Akshara leaves from there hurt and angry, Abhimanyu and Manish contemplate their mistake.

Meanwhile, Harshvardhan tries to know the truth from Manjari but fails in doing so.

Later, when Kairav comes to give food to Akshara, a drone comes into the room and Akshara catches it refusing to give it back to the child, whom it belongs to.

As Akshara calls out for the child to come out after going outside, Abhimanyu appears with a whole band and dancers.

Trying to recompensate for his mistake, Abhimanyu dances on the song “Tenu Leke Main Java Ga” while the others join him in the grooving session.

Manish comes to Akshara and Abhimanyu and blesses them as he has realized his mistake and promises to support them in the future.

Kairav and Anisha also get blessed by Manish while Akshara reappears in the get-up of a bride surprising Abhimanyu.

Both the lovers groove together on the beat while the family members shower hearts on them.