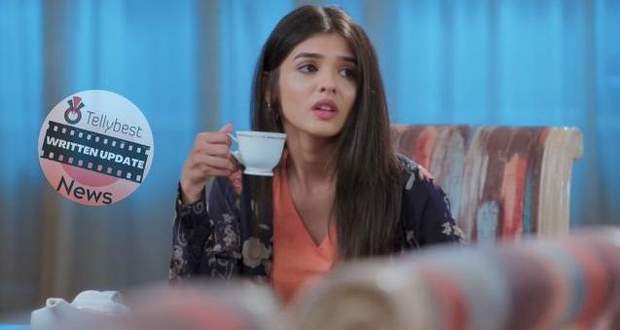 Today's Yeh Rishta Kya Kehlata Hai (YRKKH) 2nd October 2022 episode starts with Akshara telling Abhimanyu that they were the reason for the creation of their beautiful relationship and they are the reason for its break up.

Saying that the relationships end in the hearts, not by the outsiders, Akshara signs the divorce papers.

Akshara returns the nuptial chain to Abhimanyu before the holy idol of Shiva while the flashbacks of their marriage come before her eyes.

Meanwhile, at the police station, Kairav blames himself for ruining a beautiful loveful relationship, however, Manish tells Kairav that he had asked Akshara to listen to her heart and asks Kairav to let her follow it.

On the other hand, Neil is upset with the divorce of his favourite couple and complains to Harsh that Akshara should not have accepted the divorce papers in the first place.

Harsh comforts Neil and defeatedly tells him that a father not only gives the character to his children but his pain too.

Neil asks Harsh to talk to Abhimanyu as he can understand the pain of a failed marital relationship.

On the other hand, Manish tells Kairav that in taking care of the family, Akshara has lost somewhere and he wishes that she finds herself soon.

Further, Abhimanyu and Akshara are dealing with the aftershocks of their broken relationship as they lie like lifeless bodies on the bathroom floors.

Standing under the cold water flowing through the shower, both of them try to wash off the seamless pain that courses through their hearts. Akshara feels the chills and shivers in the cold water.

Seeing their daughter in such a state Suhasini and Swarna's faces contort in sheer pain and they escort Akshara out of the bathroom while feeling sorry for her.

Furthermore, Akshara's eyes tear up again when she finds Abhimanyu's white shirt in her wardrobe which she had taken with herself to Mauritius as a souvenir to feel Abhimanyu close to her.

However, the anger inside her bubbles up and she returns it to the Birla house in gift wrap with a letter telling the same.

Seeing the parcel, Abhimanyu swiftly flips on his bed and tears the shirt apart into shreds as he feels provoked by the action of Akshara.

Abhimanyu packs Akshara's all the stuff that she had left before leaving a year ago. Moreover, he also finds the bracelet he had angrily thrown away.

Later, Akshara is taken aback to see Abhimanyu entering her house with the luggage.

Abhimanyu taunts Akshara that she had a single shirt of his but he had a lot of things with him that kept him reminding her.

The drama goes on back and forth with Abhimanyu later returning the guitar which he forgot while Akshara sends it back with a taunting note that says after breaking the heart he should have the courtesy of returning her things unbroken.

Infuriated, Abhimanyu goes outside his house and calls Akshara.

On the call, Abhimanyu asks Akshara to return the hugs that she had with the shirt she returned while Akshara counters back asking him to return the beautiful melodies she sang for him along with the broken guitar.

The banter goes on back and forth along with the long list of things and emotions ranging from fighting with others for each other to standing with each other in difficult times.

© Copyright tellybest.com, 2022, 2023. All Rights Reserved. Unauthorized use and/or duplication of any material from tellybest.com without written permission is strictly prohibited.
Cached Saved on: Monday 21st of November 2022 08:28:14 AMCached Disp on: Tuesday 6th of December 2022 01:24:48 PM