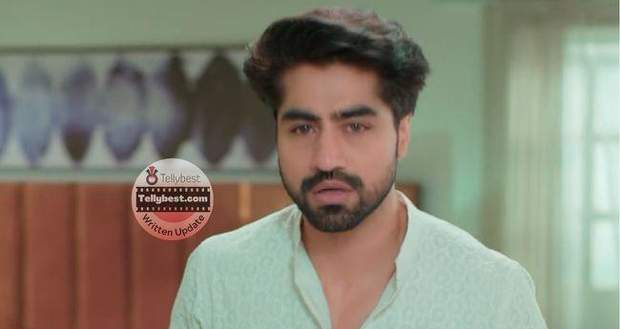 Today's Yeh Rishta Kya Kehlata Hai (YRKKH) 30th December 2022 episode starts with Akshara waking up to find Abhimanyu in front of her and telling him that she wants to live with him.

Abhimanyu tells her that she is taking revenge on him for being unwell as she knows how her pain affects him.

He gets up to get her water and then Akshara sees the stranger instead of Abhimanyu carrying the glass of water and becomes irritated.

The stranger tries to calm Akshara and calls the doctor when she tries to leave.

The doctor sends the stranger out of the room while Akshara tells him that she is fine now and would like to get discharged.

Meanwhile, Abhimanyu asks Mahima about Manjari who tells him that Manjari is being monitored but is still in a traumatic condition.

Mahima also tells Abhimanyu to arrange a gynaecological appointment for Aarohi who is under stress as well.

In the meantime, the doctor tells Akshara that she should not be so careless in such a tricky condition and that her child will get affected if she remains careless.

Akshara pauses to hear the doctor and tells him that she had a miscarriage and now her children are no more.

The doctor ignores Ashara’s aggression and tells her that he is telling her this based on the examination he has conducted upon her and knows for sure that there is a healthy heartbeat in her womb.

Elsewhere, Dr Rohan insists to Abhimanyu to eat something as he cannot see him on the patient’s bed and tells him to eat for his mother’s sake.

Meanwhile, Akshara is stunned to hear the news and later becomes happy and cries with happiness.

She looks for her phone while the doctor tells her that he will send her phone charger to her as her phone might be dead.

Later, Akshara is happy to imagine Abhimanyu's reaction upon hearing this good news.

At the same time, Aarohi calls Abhimanyu to ask about Manjari and tells him that she will be taking an update from him.

Meanwhile, Manish finds out about Akshara being at Pathankot and assumes that she has gone to her friend Priya.

However, Swarna tells Manish to take his medicines or else he will get ill while Manish tells her that in his condition he will not be able to swallow anything.

Meanwhile, Abhimanyu gets a call from Akshara but is called into ICU before he can pick up.

Later, Manjari, having a panic attack, sees Akshara’s number on Abhimanyu’s phone and gets more hysterical.

After Mahima injects Manjari with a sleeping doze, Abhimanyu takes Akshara’s call and tells her to not call her ever again and that to never come back into his life again as he has lost his babies because of her.

Akshara gets angry at Abhimanyu’s refusal to speak to him and deeming himself a victim alone while she has suffered a loss as well.

She throws her phone in anger and slaps the stranger who has come to give her medicine.

Mahima berates Abhimanyu for still being in touch with Akshara and it can be fatal to Manjari.

Later, the nurse calls Akshara "Anchal" and tells her to sign the discharge papers.

The stranger brings Akshara sandwiches and introduces himself as Abhinav.

Akshara gives him angry looks while the stranger jokes about her slapping him.

Akshara apologises to him for slapping him in anger.

Later, Abhinav tells her to call her family using her phone but Akshara refuses.

Abhinav also tells her to eat as her baby needs nutrition if not her.