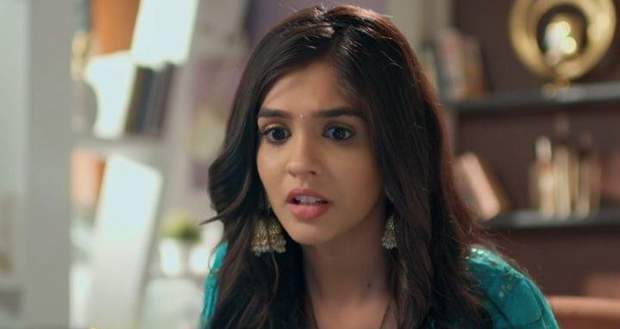 Today's Yeh Rishta Kya Kehlata Hai (YRKKH) 30th July 2022 episode starts with Abhimanyu being happy that Akshara has gone and now they can prepare for her birthday without any disturbance.

He also calls Kairav to invite him to help him.

Meanwhile, Akshara tells Aarohi to give the Kachoris inside and leaves.

Aarohi becomes suspicious of Akshara hiding something and follows her so that she might get something to take advantage of.

Akshara is praying that she does not miss Dr Miracle as she is late.

Meanwhile, Kairav, Vansh, Parth and Neil are helping Abhimanyu and Manjari to prepare a cake for Akshara and banters with each other.

Seeing Abhimanyu complain about not being able to write, Kairav tells him to focus on what he can instead of what he cannot.

After a while, the cake is prepared and they all cheer for Abhimanyu.

In the meantime, Aarohi loses Akshara and searches for her on the road while Akshara recalls Anand's word about Abhimanyu’s conditions.

Meanwhile, Kairav asks Abhimanyu about Anisha while Abhimanyu tells him that she is moody and hasn’t talked to him for a long while.

On the other hand, Akshara arrives at the Dargah and is told that she can go inside at night and is also told that Dr Miracle comes at night as well.

Elsewhere Abhimanyu is preparing for Akshara's party and practising a song.

Abhimanyu feels frustrated for not being able to do anything properly and continues to practice.

After a while, Goenkas arrives at the Birla house and prepares for Akshara’s party.

Manish asks Manjari about Abhimanyu's hand while Manjari tells them that Abhimanyu has distracted himself with Akshara’s happiness and is better for now.

Meanwhile, Harshvardhan gives Anand an envelope to give to Akshara as a birthday gift.

Later, Abhimanyu calls Akshara to find out her whereabouts and how long will she take in returning.

Hearing the background noises, Abhimanyu enquires Akshara about being at the Dargah while Akshara looks worried at being found out.

© Copyright tellybest.com, 2022, 2023. All Rights Reserved. Unauthorized use and/or duplication of any material from tellybest.com without written permission is strictly prohibited.
Cached Saved on: Wednesday 25th of January 2023 04:11:18 PMCached Disp on: Thursday 9th of February 2023 08:54:04 AM