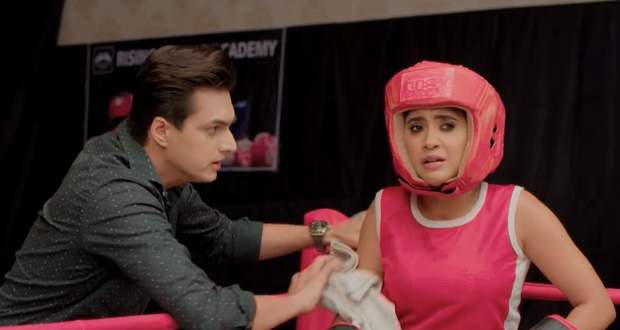 Today's Yeh Rishta Kya Kehlata Hai (YRKKH) 31 May 2021 episode starts with Sirat getting nervous for the match but Kartik tries to cheer her up.

Meanwhile, Ranvir gets worried for Sirat as he thinks she might need his assistance but he is helpless as he is away from her.

On the other hand, Sirat learns that her opponent is changed and wasn't informed about it by the federation committee.

Kartik senses that something is wrong and assumes that it must be Narendranath behind all the sudden changes happening during the match.

Further, Narendranath's plan comes into action as Sirat gets badly wounded during the match.

At the same time, Kartik learns that it's Narendranath behind the cunning ploy who has planned to bring hurdle in Sirat's marriage.

On the other hand, the Goenka's come into big trouble as the police put the accusation on them saying that they have got the news that they have stolen rare diamonds.

During the match, Sirat falls down while boxing but Kartik encourages her to fight against the opponent and change her destiny.

© Copyright tellybest.com, 2020, 2021. All Rights Reserved. Unauthorized use and/or duplication of any material from tellybest.com without written permission is strictly prohibited.
Cached Saved on: Wednesday 22nd of September 2021 11:52:44 PM