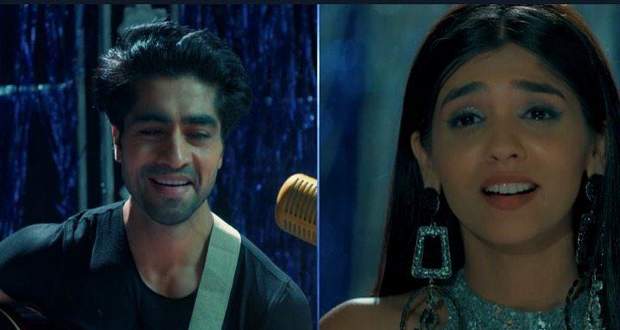 Today's Yeh Rishta Kya Kehlata Hai (YRKKH) 3rd August 2022 episode starts with Abhimanyu asking Akshara her reason to go to Dargah while Akshara tells him that she has gone to Dr Miracle.

She tells him that they will have to have faith and medicine both and that having faith is her responsibility and apologises to Abhimanyu for not telling him before.

Abhimanyu tells her that she will not try again as he has accepted his diagnosis that soon his hand will be of no use and the window for surgery is almost over.

Just then Akshara gets a call after which makes tears run down her eyes.

Akshara tells Abhi that the call was from Dr Miracle who has agreed to meet him.

Abhimanyu is shocked to hear that while Aarohi questions Akshara saying this couldn’t be possible as she did not meet him.

Akshara tells them that she has left her number with someone at the Dargah in case he returns or comes back another day.

Everyone feels delighted at the news and Kairav captures the moment to paint them later.

Just then, Anisha arrives at the party and proposes to Kairav.

Everyone gets shocked to hear this while Suhasini scolds her for not being in touch for so long and that she is irresponsible and unreliable.

Manish and Suhasini express their angst against Anisha and question Mahima for not knowing anything beforehand.

Mahima gets angry and tells everyone that they are equally clueless as Anisha does not share anything with them.

Akshara and Abhimanyu suggest that Kairav and Anisha should be given time to talk this out.

Anisha gets emotional and tells them that Kairav’s messages and calls have forced her to realise that she misses him too and loves him a lot and has come home to be with him.

Later, Anisha gets angry and tells them that she should leave here and leave their life forever then they will be happy.

Meanwhile, Suhasini accuses Mahima of not inculcating family values in her daughter due to which Kairav had to suffer a lot.

Mahima also gets angry and accuses Akshara of causing problems for Abhimanyu.

Abhimanyu defends Akshara saying that Akshara has no role in his injury and they should never think like this and no doubt Anisha is in the wrong for not contacting Kairav before.

He also requests both the families to let Kairav and Anisha decide what they want for their life and then they should not get involved in the matter.