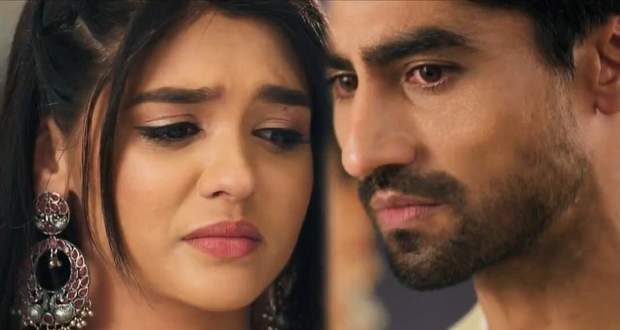 Today's Yeh Rishta Kya Kehlata Hai (YRKKH) 3 December 2021 episode starts with Manish agreeing to Akshara’s request to help Abhimanyu and deciding that they will talk to the Medical Association.

Meanwhile, Parth and Shefali argue with each other. Abhimanyu tells them to calm down.

Harshvardhan asks Abhimanyu if he can remember anything important but Abhimanyu denies it.

Manjari reveals that Akshara was there in Abhimanyu’s cabin at that time making Abhimanyu shocked as he requested her to keep it a secret.

Harshvardhan tells that they will go to the Goenka’s residence and bring Akshara so she can reveal the truth.

Abhimanyu opposes the involvement of Akshara and an argument breaks out between him and Harshvardhan.

On the other hand, the Goenkas were leaving with Akshara when the Birlas enter their house.

Harshvardhan acts rudely to Akshara which leads to an argument between the two families.

Manish declares that they were willing to help earlier but not anymore and commands Arohi and Akshara to go to their rooms.

The two families were arguing over Akshara when Abhimanyu appears there.

He warns his father that he doesn’t want any involvement of Akshara in this case no matter what happens and tells the Birlas to return home.

Akshara sees Abhimanyu and smiles seeing him defending her to both the families.

The Birlas leave the Goenka’s residence.

Upcoming Yeh Rishta Kya Kehlata Hai (YRKKH) episode update: Abhimanyu threatens that he will admit the molestation charges if Akshara is brought to the court, Akshara leaves to help Abhimanyu.

© Copyright tellybest.com, 2020, 2021. All Rights Reserved. Unauthorized use and/or duplication of any material from tellybest.com without written permission is strictly prohibited.
Cached Saved on: Thursday 20th of January 2022 03:57:02 AM