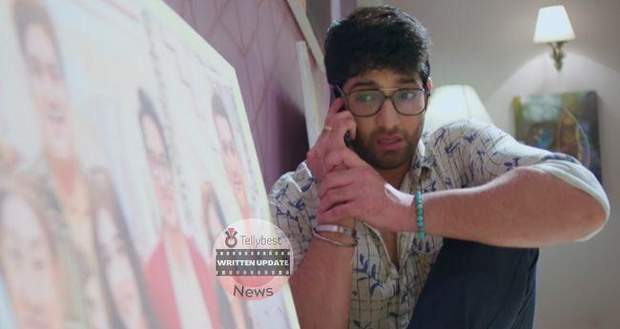 Suhasini is telling her family that she will be going to the temple in the morning and those who want to come with her should be ready.

Akshara observes minor changes in her family and tells them she will soon be back with them after meeting Abhimanyu.

Meanwhile, Maya is practising the song with Akshara’s recorded video and hopes the magic of Akshara’s voice will mesmerise the audience today.

On the other hand, Kairav becomes desperate and calls his home while Manish recognises his silence.

In the meantime, Dr Kunal calls Akshara and tells her that a press conference has been preponed for which she will have to come immediately.

Akshara checks the time and tells him that she will be there before the conference.

The next morning Suhasini and Akhilesh meet Manjari at the temple and insult each other about Akshara and Abhimanyu.

On the other hand, Dr Kunal and Maaya are worrying about Akshara being late for the conference.

Meanwhile, Mahima gets a call from the investigator with information about Goenkas receiving an international call.

Getting excited, she tells them to trace the call and informs her as soon as they find anything about it.

Mahima makes a call to Abhimanyu when Manjari comes covered in mud and tells everything to Mahima.

Abhimanyu also hears everything and immediately leaves for Udaipur.

At the hotel, Maaya and Dr Kunal are panicking at Akshara’s absence while Dr Kunal calls her to know her whereabouts.

Akshara tells them that she will be there in time.

At the traffic light, Abhimanyu and Akshara's car are parallel, but neither can see the other.

At the Birla house, Harshvardhan and Anand get angry to hear that Goenkas had splashed Manjari with mud and go to teach them a lesson.

Meanwhile, Akshara arrives at the hotel and is thankful for the delay in the conference.

On the other hand, Birlas arrives at the Goenkas' house and begins to insult each other while dredging up the past.

Manish raises his hand to slap Harshvardhan when he talks about getting Kairav hanged but Abhimanyu comes in between.