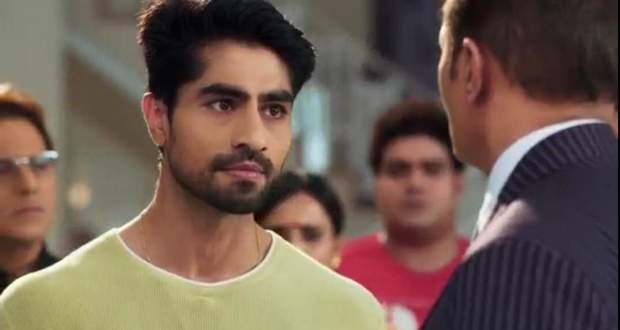 Today's Yeh Rishta Kya Kehlata Hai (YRKKH) 4 December 2021 episode starts with the Birlas leaving the Goenka’s residence and Manish announcing that Akshara will no longer be involved in Abhimanyu’s case.

At Birla’s residence, Harshvardhan threatens Abhimanyu that he will drag Akshara to be a witness for this case by any means.

In response to this, Abhimanyu declares that if Akshara comes to the hearing to testify then he will accept the molestation charges.

The next day, both Akshara and Abhimanyu pray to God.

Meanwhile, Dadi and Arohi visit the temple and Arohi encounters Manjari there. Manjari requests Arohi to convince Akshara to reveal the truth as she will listen to Arohi’s requests.

Akshara sneaks out of the house in her car to leave to testify for Abhimanyu but gets discovered by Kairav who commands her to go inside.

The hearing starts and Ruby tells the Jury that Abhimanyu had molested her when she had gone to his cabin for her treatment.

The jury asks Abhimanyu if he has any solid evidence or witness to prove his innocence but Abhimanyu denies it.

The jury decides that the case is against Abhimanyu when Akshara comes there with Kairav announcing that she is the witness and knows the whole truth.

Abhimanyu tries to stop Akshara from testifying but fails as she goes ahead to reveal the truth as a witness.

Akshara announces that she was present in Abhimanyu’s cabin at that time and nothing has happened between Abhimanyu and Ruby.

The jury asks Akshara to explain what exactly had happened there and why was she present there.

On the other hand, Manish and other family members discover that Akshara is not in the house.