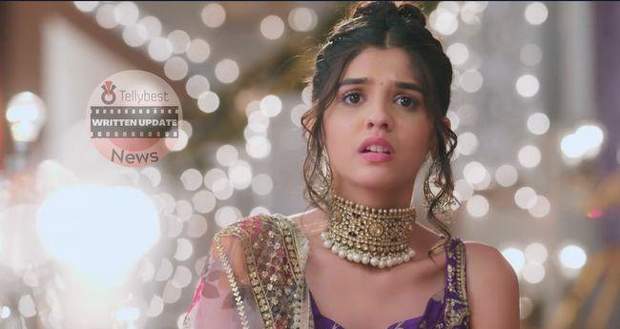 Today's Yeh Rishta Kya Kehlata Hai (YRKKH) 4th November 2022 episode starts with Akshara saying that Aarohi can be the one who knows about the 10 % drama.

Aarohi acts dumbfounded while Akshara reveals the truth to everyone about her wanting 10 % in the Birla hospital.

Akshara tells Arohi that they do not have a problem with her wanting power but the way she wanted that power is wrong.

The family members start rebuking Aarohi when she speaks up and says that she just tried to be practical about it.

Akshara tells Aarohi that she is insulting herself and the family by trying to justify her actions.

Aarohi says that she only did what she thought is correct and that she does love Neil.

Aarohi gets scolded by the elders of the family while Akshara states that now it is time for Neil to make his decision.

Neil recalls his moments with Aarohi while Akshara and Abhi tell him to make a decision but not based on his anger or any other emotion.

Aarohi stays silent which gives Neil the answer and he removes the ring from his finger.

Neil tells Aarohi that they got together to remove the loneliness from their life but realizes that he would have been more lonely had he married her.

Neil tells Abhi to go home and he takes him to the car followed by the rest of the Birla family.

Akshara goes after Abhi and tells him to handle Neil who is going through pain.

Later, while on the road, Neil tells Abhi that he will die.

Abhi stops the car and tells Neil that he should not die for a person like Aarohi and comforts him saying he is there for him through anything.

Back at Goenka's house, Aarohi looks at Akshara angrily while the family members apologize to Akshara for not believing her when she tried to tell them.

Manish tells Akshara that he is regretful that he didn't listen to her and believed Aarohi instead.

Meanwhile, at the Birla house, Mahima keeps rebuking the Goenkas and says that the children of Goenka only bring pain to Birla's kids.

Further, Mahima takes a jab at Akshara but Abhi stands up for her and tells Mahima to not speak ill about anyone, especially Akshara if she doesn't have anything good to say about them.

© Copyright tellybest.com, 2022, 2023. All Rights Reserved. Unauthorized use and/or duplication of any material from tellybest.com without written permission is strictly prohibited.
Cached Saved on: Monday 21st of November 2022 02:25:38 AMCached Disp on: Thursday 1st of December 2022 01:48:34 AM