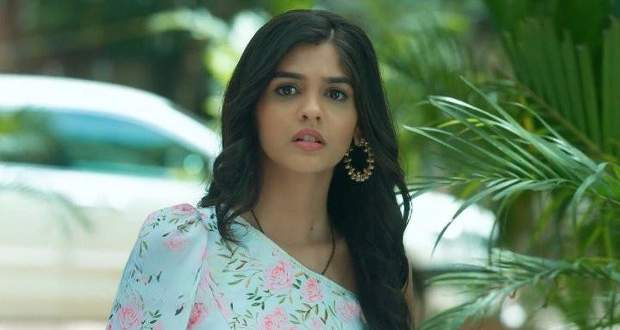 Manish tells them to finish their dinner after that they shall talk.

After a while, Swarna tells Akshara to give Gold bangles to Anisha as Shagun.

Manish asks Anand to give his daughter hands in marriage for his son Kairav.

However, Abhimanyu questions Kairav for thinking about this decision thoroughly.

Kairav tells him that there are up and downs in all couple's life and that should not affect his life decision and he hopes that their love will help overcome all problems.

Akshara realises that Suhasini is not with them and asks for her while Swarna tells her that Suhasini was not feeling well that’s why she stayed back.

Akshara tells everyone that they will do a big engagement party with Suhasini however Abhimanyu says that he will go and bring Suhasini with him.

Suhasini is feeling agitated when Abhimanyu arrives to take her.

Abhimanyu cajoles Suhasini into accepting the relationship between Kairav and Anisha while she says that she is afraid that Anisha will leave Kairav in the middle as she is neither responsible nor wise.

Abhimanyu tells her that he will explain everything to Anisha and everything will be alright.

Meanwhile, Manjari tries to comfort Mahima saying that Goenka’s are good people and they will look after Anisha.

Elsewhere, Anisha apologises to Kairav while Kairav asks her to not ever leave him for his family will not be able to bear this shock.

On the other hand, Abhimanyu tells Suhasini to do everything with complete agreement else Kairav's relationship will suffer.

He also tells her that every couple has problems and love keeps them together.

Meanwhile, Akshara asks Kairav his expectation from this relationship while Kairav tells her that they compliment each other and complete each other.

Akshara teases Kairav for blushing and promises him that she will always stand by him.

As everyone waits for Abhimanyu, he arrives with Suhasini bringing a smile to everyone's face.

Anisha apologises to Suhasini for being rude the other day while Suhasini tells her to focus on tomorrow.

Anisha wishes for Harsh to be there while Anand calls him saying he has already invited Harsh knowing Anisha would want him here.

After a while, they all celebrate the ceremony with dance and singing.

After that Suhasini put forward the condition saying that after marriage Anisha will have to give up acting and not go to Mumbai.

Everyone looks at Suhasini in surprise and worries that Anisha might refuse the marriage on conditions.

© Copyright tellybest.com, 2020, 2021. All Rights Reserved. Unauthorized use and/or duplication of any material from tellybest.com without written permission is strictly prohibited.
Cached Saved on: Saturday 1st of October 2022 10:19:11 PMCached Disp on: Wednesday 5th of October 2022 06:38:45 PM