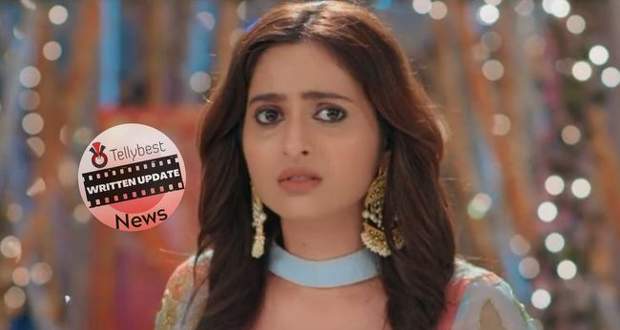 At Birla House, Abhimanyu is doing the 'Aarti' and remembers how easy it was for Akshara to sign the divorce papers.

Akshara wishes to take her decisions independently and make her voice her identity whereas, Abhimanyu wishes to make his profession everything.

However, both of them get hurt as a bad omen happens when they try to break the coconut.

The next day, Akshara starts her morning by dancing while Abhimanyu is also dancing and goes to the hospital to surprise the kids by dressing up as Batman.

Kairav and Vansh are concerned regarding Akshara & Abhimanyu's divorce and say that both are made for each other.

Suddenly, both Akshu & Abhi hear each other's voices, saying not to pretend to be happy.

However, both try to move forward and get busy in their fields.

Akshara starts a Youtube channel while Abhimanyu does surgeries back-to-back.

Vansh tries to cheer up Akshara but she gets reminded of the pain she is feeling, stating when one gets arrogant, life slaps them in the face.

All the Goenka family members tell Akshu that they support her when Akshara gets a call suddenly.

Her smile falls as she informs everyone that she got the court date today at noon.

At Birla Hospital, Harshvardhan gets confused when he sees Abhimanyu injecting the drips into the patients which is a nurse's job.

The staff at the hospital start to gossip & says Abhimanyu seems a little unstable today as he is trying to do everything on his own.

Harsh & Neil get scared to see Abhimanyu so fixated on trying to do everything as he hears Akshara's voice to deny the court date.

At Goenka House, Vansh helps Akshu record her voice but Akshara keeps missing the note and messes with the scale of the song.

She hears Abhimanyu's voice ringing in her ear as well, asking her to drop the court matter.

Later, Manish says Kartik & Naira understood how much they loved each other just a day after they got divorced, however, he wants to support Akshara's decision.

Kairav asks Manish why he is supporting Akshara to divorce Abhimanyu while Manish scolds Kairav that the Birlas need to see how independent and self-sufficient Akshara can be without them.

On the other hand, Abhimanyu feels restless as the clock hits eleven along with Akshara who tries to put on a brave smile.

Meanwhile, Kairav tries to make Manish understand how sad they both look but Manish says that Akshara is trying to move forward.

However, Kairav states, how can Akshara move forward when she cannot forget Abhimanyu completely?

Tears pour out of Akshara's eyes as the clock is about to hit twelve along with Abhimanyu whose eyes go red.

© Copyright tellybest.com, 2022, 2023. All Rights Reserved. Unauthorized use and/or duplication of any material from tellybest.com without written permission is strictly prohibited.
Cached Saved on: Monday 21st of November 2022 01:49:37 AMCached Disp on: Tuesday 6th of December 2022 01:25:25 PM