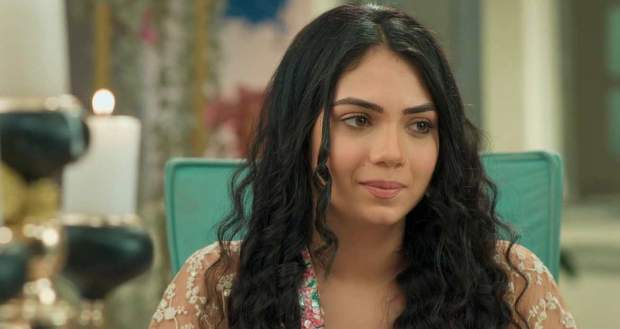 Akshara and Abhimanyu oppose Suhasini but Anisha agrees to it.

Mahima tells Suhasini to wed them after ten days.

Suhasini is not ready to hurry the wedding but Akshara and Abhimanyu convince her.

Neil questions Akshara and Abhimanyu to decide whose side they will be coming for.

Harshvardhan thanks Anand for inviting him and praises Manjari for giving the ideal upbringing to Abhimanyu and Neil.

Meanwhile, Akshara sends a voice note to Dr Miracle to perform the surgery as soon as possible.

Meanwhile, Mahima gives Akshara the responsibility to take care of all the preparation for the wedding.

Seeing Akshara worried and burdened Abhimanyu tells her that together they will manage everything be it her singing, his surgery or the wedding.

After a while, Manish tells Kairav to select the ring from the catalogue and designer pieces that they have ordered for them especially.

Just then Anisha messages Kairav asking her to meet her at her friend's shop to select the ring.

Goenkas act cool about it saying that the ring should be of the bride and groom’s choice and asking Kairav to go.

At the jewellery shop, Anisha introduces Akshara and Abhimanyu to her friend and they begin selecting the rings.

Abhimanyu goes away to call the caterers while Anisha and Akshara focus on the ring. Anisha keeps getting calls from someone and looks stressed.

After a while, Kairav joins them and Akshara leaves them to select the ring.

After some time Anisha makes an excuse to go out while Akshara follows her.

Akshara sees Anisha walking toward someone telling him to go else she will be in trouble.

Seeing Akshara, Anisha fibs about casting people wanting to work with her in Udaipur.

The next day everyone is busy with the engagements preparations when Akshara removes her anklet while talking on the phone while Abhimanyu captures her foot while gazing at her beautiful face.

© Copyright tellybest.com, 2020, 2021. All Rights Reserved. Unauthorized use and/or duplication of any material from tellybest.com without written permission is strictly prohibited.
Cached Saved on: Sunday 2nd of October 2022 11:20:43 AM