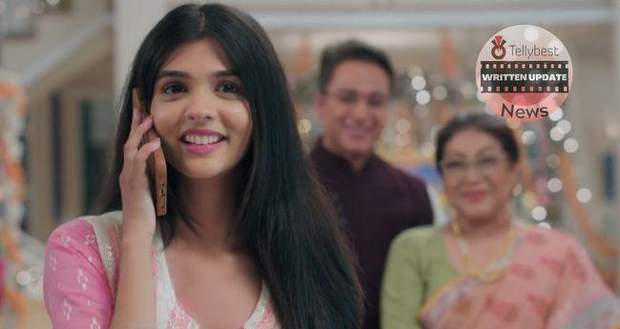 Manish insists on going but Akshara convinces him to let her go alone.

Akshara’s inner voice stops her but Akshara carries on.

Meanwhile, Abhimanyu does not want to go to the court alone and looks for people to take with him and ends up going with Harshvardhan as others are all busy.

On the other hand, Akshara is thinking of her divorce and distracts herself with car music.

After a while, Harshvardhan is driving Abhimanyu’s bike so slowly that Abhimanyu gets agitated to see it being driven so slowly.

However, Harshvardhan assures Abhimanyu that they will arrive in court in time.

Harshvardhan also thinks to do something to make Abhimanyu and Akshara see sense.

Meanwhile, Neil is feeling sad about Abhimanyu and Akshara getting a divorce and tells the same to Aarohi.

However, Aarohi is unconcerned and tells Neil that Akshara is already working on moving on in life and is uploading videos on her channel.

In the meantime, Harshvardhan collides with Akshara’s car.

Abhimanyu and Akshara are displeased to see each other.

Harshvardhan plays the victim and tells Abhimanyu to go along with Akshara as they are getting late.

Later, Abhimanyu comments on Akshara's dressing for the court while Akshara comments on not wearing a jacket when the weather is cold.

Later, Abhimanyu asks Akshara about his papers and tells her to make sure that the counsellor should not think there is any hope of their reconciliation.

After a while, they arrive in court and hear other couples talking about regretting filing for divorce.

A while later, Abhimanyu goes to the washroom while Akshara is called inside by the Counselor.

© Copyright tellybest.com, 2022, 2023. All Rights Reserved. Unauthorized use and/or duplication of any material from tellybest.com without written permission is strictly prohibited.
Cached Saved on: Monday 21st of November 2022 08:25:32 AMCached Disp on: Friday 9th of December 2022 05:30:19 AM