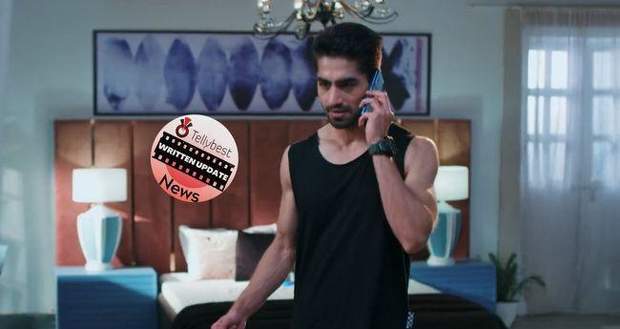 Today's Yeh Rishta Kya Kehlata Hai (YRKKH) 6th September 2022 episode starts with Dr Kunal telling the reporters that they should respect the cause that Maaya is supporting by wearing a mask.

Meanwhile, Shefali is on the phone talking to Parth when Akshara begins singing.

Akshara’s voice starts to pain him and he throws things in his rooms.

Manjari is shocked to see Abhimanyu’s behaviour and tries to calm him.

However, he leaves for Jaipur on his bike while Manjari becomes worried and tells Harshvardhan that something related to Akshara has come up.

On the other hand, Maaya is very happy about the success of the conference and plans to celebrate the success by visiting Jaipur.

However, Akshara bows out of the outing saying she knows the city pretty well and does not want to intrude.

Dr Kunal thanks Akshara but she rejects his gratitude saying she is counting the days when she can get rid of this contract.

Meanwhile, Manish is in shock to get a call from the police to investigate Kairav.

Manish is sure that Kairav has called the other day and fears Mahima’s reaction.

In the meantime, Akshara calls Kairav to update him about the happenings in Jaipur and tells him about going to Udaipur.

At the same time, Kairav is conflicted to tell Akshara about calling home.

At the Birla house, Mahima is criticizing the police officer for not taking action against Kairav.

Just then Manish arrives with his lawyer and threatens Mahima with a jail sentence for tapping his phone illegally.

However, Mahima tells him that she has informed the Mauritius police and soon Kairav will be back in jail where he belongs.

Meanwhile, Abhimanyu is getting closer to Jaipur while Akshara is standing in the window thinking about her memories in Jaipur.

Later, Akshara is sleeping in her room when Abhimanyu arrives at the hotel and searches for Akshara in the conference room and looks at the footage.

After a while, Akshara wakes up with a start and cuts her hand with the glass.

She calls reception to get medical aid when Abhimanyu overhears about a guest needing a doctor and offers his services.

Just then Dr Kunal sees Abhimanyu at the reception and is shocked to hear that he is going to Akshara's room to treat her wound.

Dr Kunal follows him to the room thinking of a way to stop him.

Meanwhile, Abhimanyu presses the bell to let the patient know that help has arrived.